I actually have no clue who is starting. But twitter does:

Jazz will start the line-up tonight vs. Clippers that fans have been waiting to see: Burke, Burks, Hayward, Favors, Kanter. First time. 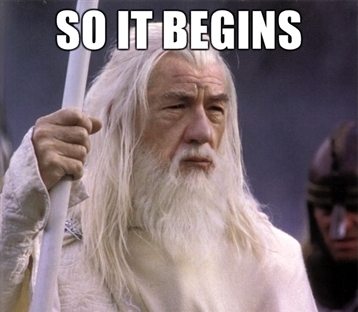 We're at home. For as long as I live, we when are healthy, we should never be at a disadvantage. The Clippers have reloaded with a lot of wing depth, but they'll be playing in Utah. They haven't played since October 7th, we're sharper. And should drive a blade through their hearts tonight. They may win the game, but wins and losses this season are too short sighted for us to worry about. We'll scare the crap out of them at times -- portents of what is to come from our team.

Who will win tonight?