Our guys lost. That was a bummer.

There were stretches that looked pretty good. That was exciting.

One one hand, there were some stretches of bad basketball with a lineup we'll never see in the regular season. Easy to shrug off.

On the other hand, Alec Burks was ... I don't know what he was thinking with some of those shots. That's not something to just shrug off.

Ah well. It's preseason, so let's just focus on the good.

For a moment, I thought he had learned the wrong thing from Big Al and fallen in love with the mid-range jumper. But then he went back inside and all was good.

I remember something that Kevin McHale once said about his post play: that everything was based on a simple truth: he'd nail a 15-foot jumper almost every time. He knew it, and his opponent knew it. And everything else he did followed from there. As long as Kanter takes that approach with his outside shot (which is a pretty good one), then I'm going to be really excited about him for a long time.

It's hard to know how much of Kanter's less effective remainder of the game was due to him not playing well, fatigue (he says he's still not all the way back), better defense by his man, or being taken out of his game by the moving screen calls.

I'll be honest: those really bugged me. At least two looked like beautiful, perfectly executed full-contact screens ... the kind I've been pining for a while now. I just don't get what's wrong with a good screen. And to be clear, the Blazers got called for a couple that I thought were just good solid full-contact screens.

And speaking of refs ...

Those delay of game call. Ugh. Never once have I noticed a guy touching the ball after a made shot, kinda bopping it to the ref or out of bounds, and thought: Boy, is this habit slowing the game down.

Seriously, there are two ways a game gets bogged down and obnoxious: excessive referee whistles and the timeout and fouling game in the last minute. So way to blow those whistles refs. The game's so much purer when delay of game penalties are called 6-7 times.

I can't wait until that point of emphasis becomes unnoticeable. Seriously, watching RJeff point and yell at a ref about a delay of game touch is almost as exciting as watching Greg Ostertag stand 28 feet from the basket, point to his defender in the key, and shout "He's illegal!"

Anyway ... back to Kanter. Great start. Tough finish. I still think he's going to prove himself this year as the team's best scorer.

He seemed totally off, offensively, in the first half. And then he played like the Derrick Favors I have betimes gone gaga over in the second half. And he was strong defensively the whole time.

Now, he says he had to stop thinking so much and just start playing like him.

I think it also has to do with the team. Derrick simply hasn't shown the ability to take his man one-on-one and make a killer move. Not consistently. It helps him a lot if somebody breaks down the defense first ... if the D is already a bit off-balance.

And THAT, to me, is where the team is still a huge work-in-progress. Here's an example I saw several times from Alec Burks:

Burks had a P&R which led him baseline. He was somewhat open for the 15-foot baseline J, with two defenders not really on him but kinda closing in on him. He took (and missed) the shot again and again. What he, and the team, HAS to realize is that this kind of quick shot because you're somewhat open for a somewhat okay shot should not be the real goal. The real goal is the wide open layup you can get about 3-4 passes later.

The defense is off-balance here. You have two guys kind of moving toward Burks, which leaves three guys to cover the remaining four. If the other four guys move well, and Burks passes, the defense has to shift. Then another pass; another shift. The more movement and passing you get, the more off-balance the defense becomes until an uncontested great shot is available.

This is what the Spurs do so well.

And it is predicated on a couple things. It does require Burks be a legit threat to hit that baseline jumper. It also requires the roll man to be a legit threat to either cut for the layup or pop the quick jumper at the elbow. But the real point is not either one of those options. The real point is putting the defense off-balance to open up those completely uncontested shots about 4 passes later.

I focused on Burks here, but he was not the only guilty party (he was just so obvious this game thanks to his 1-13 shooting ... ouch!). For a lot of the game, I felt like the team didn't really get how to use their skills to break down the defense and create terrific shots for their teammates. And yet, if they are going to be successful, they have to figure out how to do this.

... wow, I meandered a long way from Favors here. But back to him. There was a lot to be excited about tonight. Particularly that second half. He had a couple of great P&R finishes, hit his free throws, and made a terrific lefty hook shot in the middle. IF he can do those things, he'll be fine offensively.

Poor shooting. Great job getting to the line. Led the team in assists.

Another normal early season game for him.

I just hope he can go through this annual early-season shooting slump quickly.

I'm going to take a stand here: I don't think our role players suck. However, I do think they are pretty limited. If you look at the box score, you'll see this:

Nobody shot horrible. But nobody really contributed tons. JL3 is a perfect example: 8 points, 1 rebound, 3 assists. Certainly not a terrible line ... but a limited line.

The C4 are going to get the bulk of the minutes, the touches, the shots, the everything. The team is really going to live and die by them. 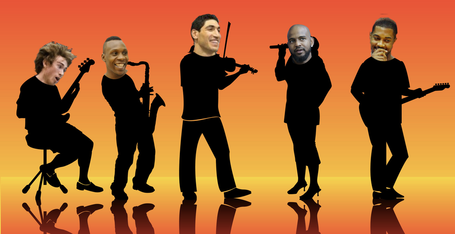