The Downbeat #1161: The Peter J Novak and Kevin O'Connor Edition

Practice, excitement for the season, and Kevin O'Connor

Share All sharing options for: The Downbeat #1161: The Peter J Novak and Kevin O'Connor Edition

I asked a question on twitter, this was the only response I got: 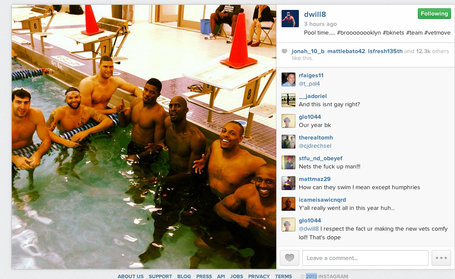 So there is DWill. Do you think at that moment he was more chill or more cool?

This was my next question which got a lot more responses. 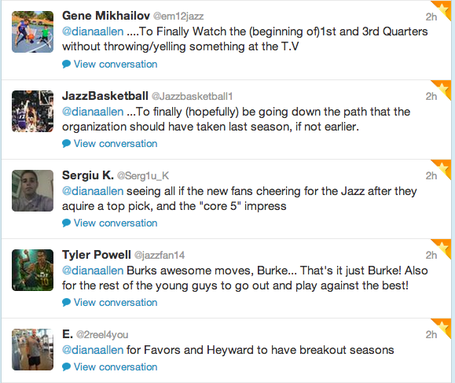 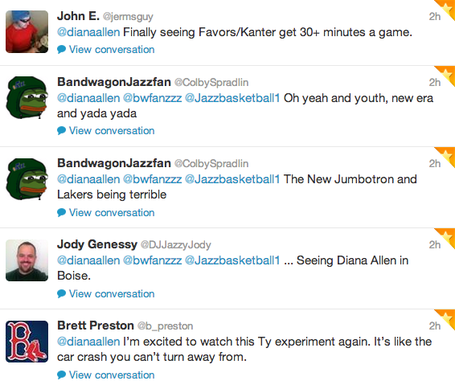 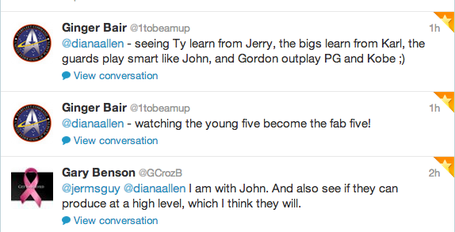 and of course from @bjcseven

So so many great responses, especially Jody's! Thanks to everyone who replied. You have me very excited for the season. It seems like most of the responses have to do with the young core. Lets start this season already.

One of the Jazz newspaper writers that I admire the most is Steve Luhm. Steve is fair, he is knowledgeable, he has strong relationships with Jazz legends, and he writes well. Steve also was very kind to me when I attended Jazz practices for the Daily Herald. Despite the fact that Steve had been covering the Jazz practically my entire life, he treated me like I belonged.

Yesterday Steve wrote an article on Kevin O'Connor. O'Connor is taking an advisory role with the Jazz instead of being a decision maker. The picture they chose for the article is a nice profile picture of Gordon Hayward. I thought at first it was a funny choice but thinking about it maybe Gordon Hayward represents well O'Connor's time with the Jazz.

"I’m wearing him out," Lindsey said. "He’s been such a good friend. He’s moved from friend to confidant. He provides great feedback, counsel [and] humor, which in this business is very important. I just can’t say enough about him."

"He doesn’t allow the pressure of the moment to dictate what he does," said Jazz coach Tyrone Corbin. "He understands where his team is and where his plan is and he goes along with that plan."

O'Connor is well respected by his cohorts and his peers.

Peter Novak, SLC Dunk contributor had a different response to the news about O'Connor. At the end of April, news broke that KOC was moving towards an advisory role, the Jazz adamantly denied it. Peter recaps here.

Jazz statement back on May 1st on KOC

So the line that stands out to me from the Jazz statement is that working relationship is UNCHANGED. Compare that to yesterday's article in the Tribune.

In May things were unchanged, five months later he is ready to hand over the reigns stating it could have happened a few years ago if not for the Lockout and the economy.

What I've learned from this is the Jazz do not like stories being broke before they break it themselves. Peter is right in his tweets in saying that David James was right five months ago.

Moni recapped what Randy Rigby had to say back in May on David James's story.

Jody Genessy shared what Ty had to say about the starting lineup for this season's opener. A little spoiler: Ty doesn't know yet.

"It may change," he added, "through the course of the year."

What are you guesses for who will be in the starting lineup? 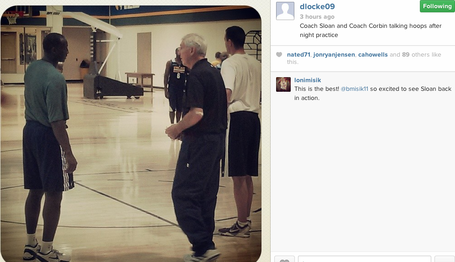 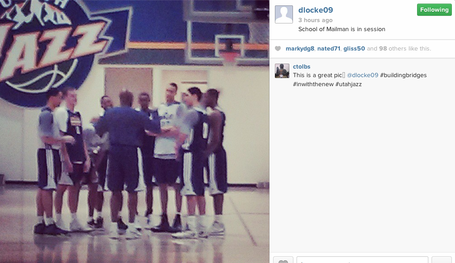