The long wait is over. The season is here.

Last year the Warriors finished second in the Pacific division (6th in the Western Conference) with a 47-35 record. The Warriors made the playoffs for the second time since the 1993-1994 season. The Warriors shocked the nation beating the 3rd seed Denver Nuggets 4-2. The Warriors ended up losing to the San Antonio Spurs in the next round 4-2. The 2012-2013 improved leaps and bounds over the 2011-2012 squad going from winning .348 to .573. The improvement should not be surprising as many figured that the 2011-2012 Warriors tanked in order to keep their draft pick away from the Jazz.

Henry Abbott on whether Stephen can be a top-15 player:

Yes, if healthy. That's a big if, though. If I were the Warriors, I'd manage his minutes like the Spurs have long done with Manu Ginobili. It starts by admitting he is both a wonderful player and injury-prone. I'd also make sure he stays light. There's an NBA tendency to lift your way to injury prevention, but in my view, the last thing those ankles need is more weight on them. 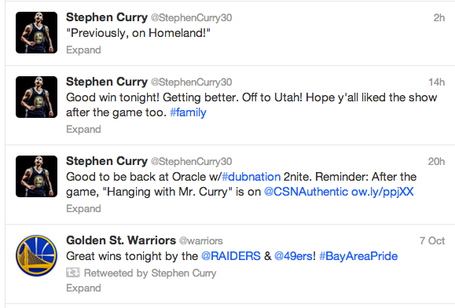 Andrew Bogut: Last season Bogut played in just 32 regular season games for the Warriors but in all 12 postseason games. Bogut's scoring and rebounding numbers were down last year to just 5.8 ppg and 7.7 rpg. Bogut improved in the playoffs however bringing up his scoring average to 7.2 ppg and his rebounding to a whopping 10.9 rpg.

When he's healthy, Andrew Bogut is one of the top centers in the NBA. His ability to anchor a top defense was instrumental in the brief success he experienced when he was on the Milwaukee Bucks and his offensive game is pretty well-rounded with scoring around the basket and his passing game. The problem with Andrew Bogut is he's rarely healthy. He's missed 104 games the last two seasons and has only cracked 70 games twice in his eight-year career. 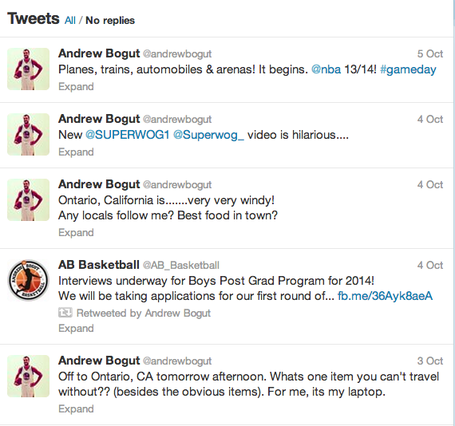 What the Warriors saw in Iguodala:

The Warriors saw that Iguodala could bring them many of the things they need: an elite perimeter defender, another ball-handler and someone who can both drive and kick or drive and dunk. He joined most of his new teammates for daily voluntary workouts from just after Labor Day until training camp opened Saturday, but he said the acclimation process remains far from complete. 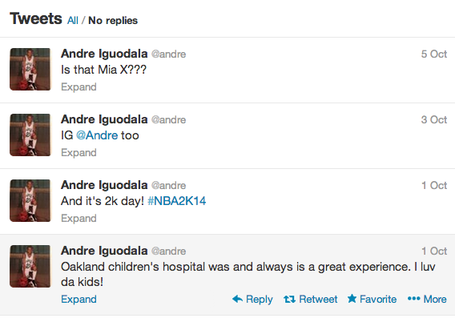 Head Coach: Mark Jackson (Click his name for required reading about Jackson from Moni). We all have opinions about Jackson. Jazz fans will never forget his one ghastly year with the Utah Jazz. 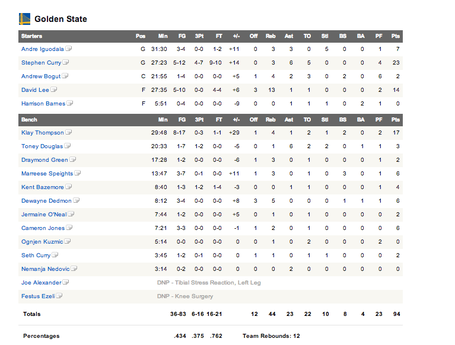 The Utah Jazz: The Warriors have played two preseason games already, tonight will be the Jazz's first preseason game of the year. The Jazz have said goodbye to many players this offseason including: Al Jefferson, Paul Millsap, Randy Foye, Mo Williams, Demarre Carroll, Earl Watson, Jamaal Tinsley and Kevin Murphy have moved on to different teams or adventures.

As you know four out of the five regular starters for the 2012 season are no longer with the team. That means we will have a completely different starting lineup. Here is what Aaron Falk reported from shoot around today on the starting lineup:

So the players at least don't know who the startling lineup will be. I personally think that is a disservice. It seems like Trey should be getting regular minutes with the probable starters to build chemistry. It seems to me like that should be the case for whoever is going to start. I know Corbin as not announced a starting lineup (as of when this post was written) but I don't know how you don't start Burke, Burks, Hayward, Favors and Kanter. That is your core, that is the future in a year of discovery. Maybe, maybe Burks comes off the bench to lead the bench and get scoring opportunities. I don't know why there should be discussions of other starting lineups.

This quote from Coach Corbin yesterday was telling:

How much do you rely on Richard Jefferson, Andris Biedrins and Brandon Rush to tell the young guys how it is?Well, they are, they have the experience, you know? And Richard, and Andris, and with [John] Lucas coming over also, and, so, with Brandon being out, but you know, they are the experienced guys. So we’re gonna have to rely on them a little bit earlier to make sure they help our, help this young group grow.

I don't think Hayward and Favors can really be considered young anymore. Lets start leaning on them.

Gordon Hayward: A lot has been said during training camp about Hayward being the defacto leader. It will be interesting to see how Hayward acts on the court during this first game with his new leadership role.

According to coach Tyrone Corbin, Hayward has gotten off to good start during the first three days of training camp. "His maturity, his body, his mental state," Corbin said Thursday morning. "… I think he understands what he’s getting ready to face. The experiences he’s had the last couple of years is really starting to show." 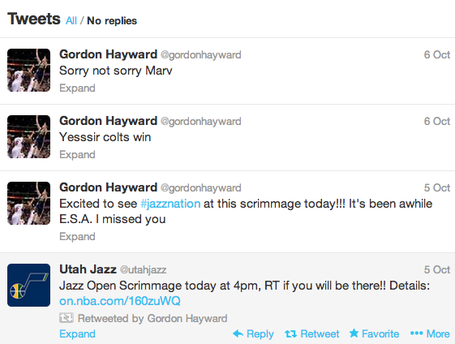 Derrick Favors: It is likely that Favors will start at power forward tonight. In all reality this should have happened a long time ago. Derrick is the defensive anchor for this Jazz squad. Favors needs to set the tone and be the vocal leader on the defensive end on the court.

Malone on Favors and Kanter:

"This is go time," he said. "But I do feel these young men could carry the Utah Jazz franchise. Injuries and things can happen, but there’s no reason these kids can’t carry the franchise for years. I’m talking 10 years." 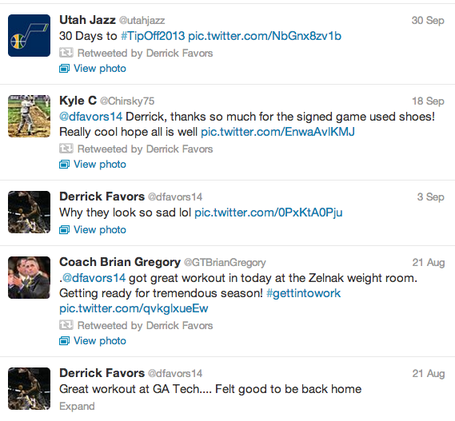 Enes Kanter: Kanter seems to have been the star of the Jazz scrimmage this past Saturday. Kanter was used offensively much like Al Jefferson had been used in prior seasons. Coach Corbin has gone on record saying that he would like to see an offense that is an inside out style offense. If that happens Kanter will be the first option (from what we saw at the scrimmage)

"They understand the opportunity that’s in front of them," coach Tyrone Corbin said before a recent practice, citing the battle for roster spots, rotation minutes and priority in the offensive scheme. Kanter is one of them. Kanter is positioned to become the starting center now that Al Jefferson is gone to Charlotte. He’s likely to remain the team’s flashiest dresser and a playful jokester in interviews, but he just might be able to mix that personality with on-court determination.

"He’s been working his butt off," Corbin said. 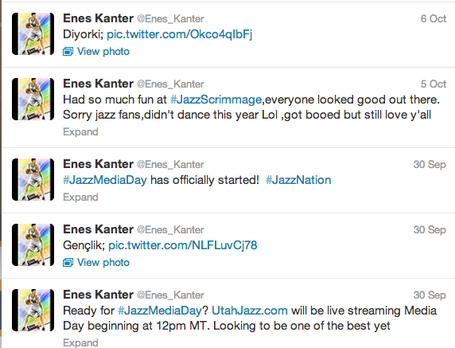 Head Coach: Tyrone Corbin. Coach Corbin is entering his fourth season as head coach of the Utah Jazz. Corbin is in a contract year with no extension as of yet.

Prediction: The Jazz beat the Warriors in a close game, Enes Kanter is the leading scorer and Hayward leads the team in assists.