Tonight should be a fun fun game. We have two young teams that both play hard and never tire for energy.

We all have followed the Suns closely this summer because of Jeff Hornacek and since the Suns are suppose to be our tanking buddies. Well the Suns don't look to be tanking but developing their youth and winning (in the preseason and the first game of the season) and the Jazz don't tank but they also are developing their youth. But according to national media and twitter, these two teams are suppose to be two of the worse teams in the league.

Some pregame tweets from our friend the beat writer, Jody Genessy (@djjazzyjody) : 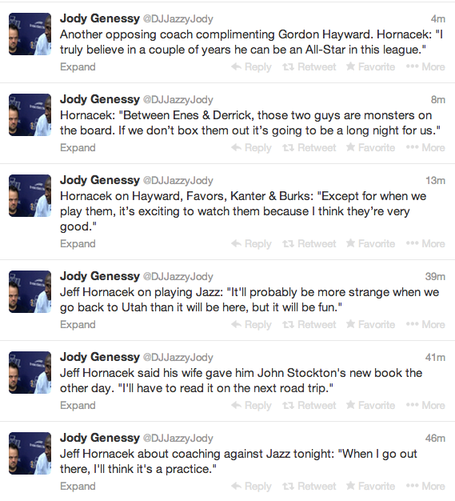 Highlights of the coaches: