Share All sharing options for: The Downbeat #1204 Trey Burke Finally Makes an Appearance

What were your initial thoughts on Trey Burke. Here are some of mine.... His ability to get around the defensive hedge was apparent in the first quarter when N.O. tried to push him away from the basket. He simply got around the hedge and took the ball to the hole. In the second quarter he hit Favors on a dive and looked solid in his first five minutes.

Apparently, the Utah Jazz will spend their day off in Dallas, Texas. I would assume maybe the JFK Memorial Museum (50 years on Friday) during the day and The Luxx during the night. Or at least the Luxx at night. 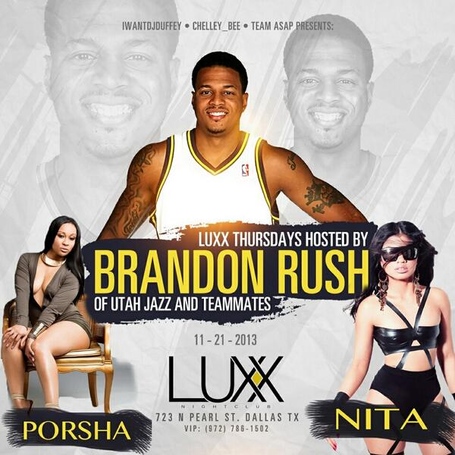 Kanter had a very good game other than some lapses on the defensive end. One plus for this year is that we will be able to see how well he can put together multiple "good" games. Kanter still looks a little slow to me, not sloth slow but just a little behind on rotations, double teams ect. It could be me.

Gordon Hayward 1-17. He figured out a way to help the team with 11 assists, but this was a historically bad night for Gordon... See below. Gordon is in a shooting funk and has been for a bit. Like Foye last year, he will have to shoot himself out of the funk. He will be fine.

How are you coping? Should any team in any sport be able to "sensor" a player's social media account?