NBA Finals rematch! From 15 years ago!

Okay, wow. Such misfortune. The Utah Jazz, a team banging on the door of the all-time #struggleface fall of fame, have actually been playing WORSE over the last few weeks. Well, the Chicago Bulls who were already on a ridiculous six game road trip, complete with an absolutely meltdown in Los Angeles last night, just found out that their starting point guard Derrick Rose is out for yet another season.

(cont.) ... The surgery was performed at Rush University Medical Center and Rose is out for the remainder of the season.

Blah. So this is an amazing game to watch on NBA TV tonight -- but the show must go on.

[Ed. The following section is hilarious because of my goof up. I am keeping it in.] But if you really want to see D-Rose, the Jazz just tweeted out that you can catch him at a mall: 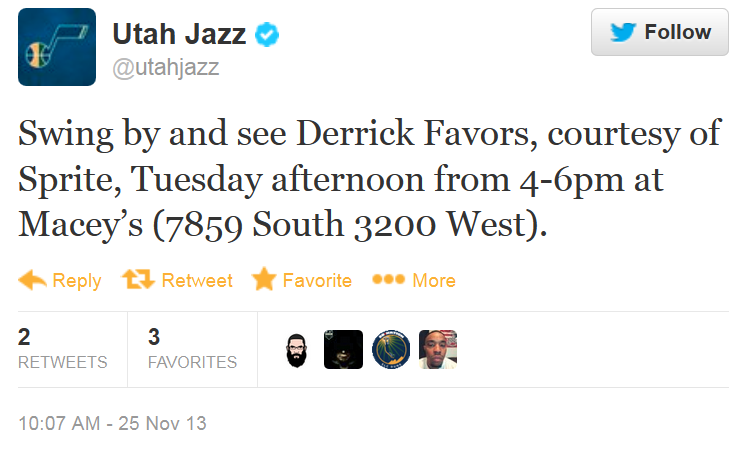 The Jazz, as previously mentioned, are playing poorly this season. They have lost the last six games in a row since winning their first game of the season, and they have not be competitive in any of these games. Players have been struggling to perform on the court as a team, and the cumulative +/- for the team over the last ten games is a -134. The final scores have not been entirely indicative of the futility, but if you care, Utah is averaging 87.7 points per game over the last ten. That's bad. But what's worse is that the team is giving up 101.1 points per game. The Bulls have lost three games in a row after WINNING five straight. Of Course, these are two teams having a tough time. 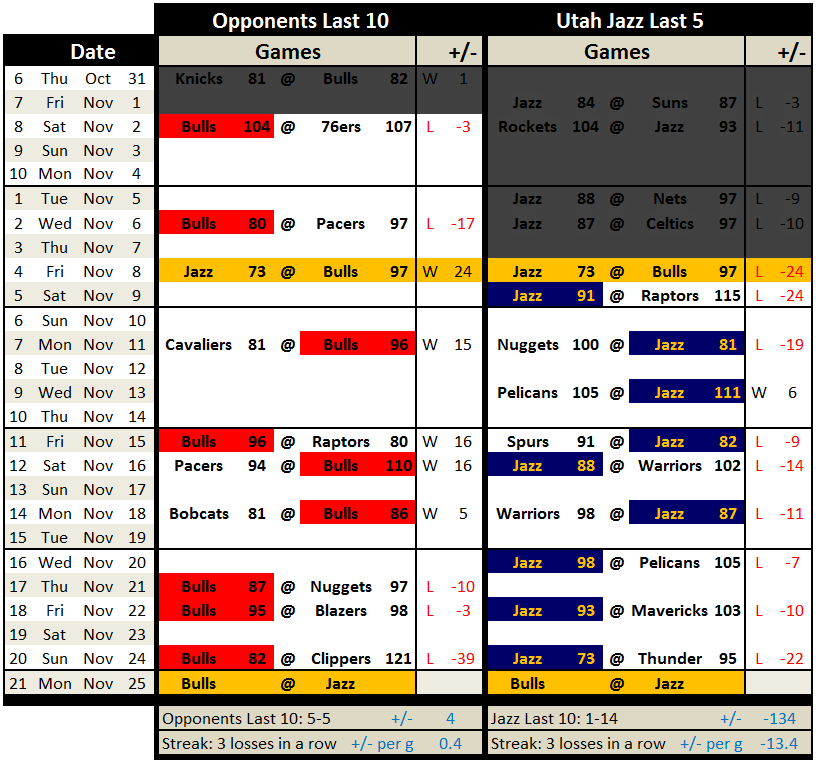 These two clubs played earlier this month with the Bulls trouncing the Jazz in Chicago. The 97-73 lockdown was the Bulls 6th win in a row against the Jazz. For the all-time series the two teams are more evenly matched -- with the Bulls leading 48-43; however, most casual NBA fans only really remember the finals where the Bulls are 8-4 against the Jazz. This game is being played in Utah where the Jazz are 26-19. Hopefully the Jazz can break out of their negative streaks and get a win tonight for Tyrone Corbin.

Misfortunes aside, here are the player stats:

Wow, glad Derrick Rose isn't playing! Jimmy Burtler is likely to be out as well. For the Jazz we are trying to figure out what's happening what's happening with Brandon Rush, Andris Biedrins, and Enes Kanter (sprained right ankle -- game time decision).