Share All sharing options for: Utah Jazz at Miami Heat, and a possible upset -- Game Preview

We just need to make a quick trade for Paul Millsap, and everything will be better ....

The Utah Jazz start a pretty "normal" pre-Christmas road trip tonight with a game in Miami. You can check out the full article that previews the road trip here, but here's a quick look at the journey: 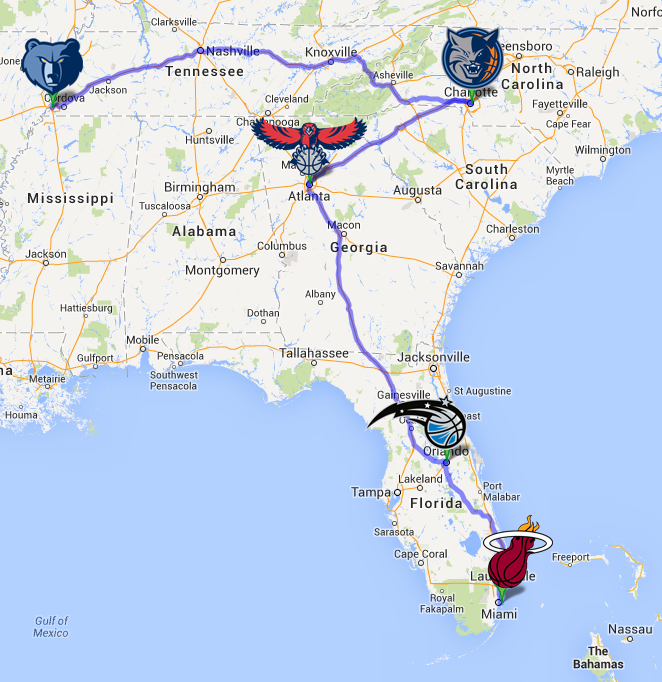 As you can see it's pretty self contained and has the Jazz inching back towards Salt Lake City with almost each successive game. But the Jazz can't be looking homeward right now, their eyes have to be on the team they're tipping off against each night. Phil Naessen's and I talked a bit about tonight's game here in a podcast, and I made the claim that the Jazz are surprisingly proficient against the Heat. I wasn't just making it up either:

This means nothing unless you recognize that the Jazz INCREASED their winning % against the Heat over the last few seasons. It was lowest in 2008-09 when it was 42.9 winning %, and now it's 46.4%. 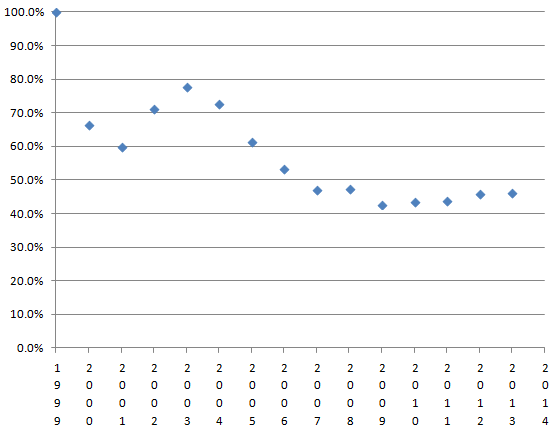 Surya over at Hot Hot Hoops even lists this as a possible trap game for his Heat. History is in the past though, and tonight the Jazz need to show up against a superior foe.

The 17-6 Heat are really good, and it's not just Hype. They are the 7th best offensive team by scoring 103.1 ppg, and holding opponents to a paltry 96.1 ppg, which is 6th best in the NBA. That's an average margin of victory of +7.0 points. If you move beyond the game scores and include pace into the equation the Heat are #2 in Offensive rating and #6 in Defensive rating, and their margin of points increases to +7.6 points per 100 possessions. They are good, and it starts on defense. They cause the most turn overs, 17.3% of the plays they defend end up in turn overs. That's insane. They can be foul prone and don't crash the boards -- but that's because their turn over based defense is made to counter attack on offense. They are the flying death machine there as they LEAD the NBA in eFG% at 56.1%. So #1 in forcing turn overs, and #1 in easy shots -- it's all about transition with them.

If the Jazz are capable of making it a half court affair, take care of the ball, and play tall on defense they may have a chance. Heck, the Jazz beat the Heat with Kyrylo Fesenko being the bigman in a zone defensive stand, of course now with the even larger Rudy Gobert the team can take a page out of the book of the Indiana Pacers and Roy Hibbert and . . . oh wait . . . Gobert is playing with the Baskersfield Jam right now instead of with the Jazz. No matter. We have Andris Biedrins.

The key, here, clearly, is that you can't go small against Miami because it plays into their strength. The Pacers didn't adjust to Miami and forced their hand. Will the Jazz do the same?

If they don't this becomes an isolation game where stars shine the brightest.

Miami is powered by James and Wade. But they get contributions all across the board. They are missing Beasley who has been having a surprisingly effective season, and kinda turning his career around. The Head don't block a lot of shots, and they don't kill it on the glass. Almost all of their dudes can hit threes though. So the Jazz will have to quickly figure out how to defend that line.

The Jazz are surprisingly more top heavy than a team called "The Big Three". The team is healthy, but I put up Gobert and Clark there mainly to show that the Jazz relegated their best rebounder to the minor leagues. And rebounding (particularly on the defensive end) is a major problem for this team.

Most of these guys have played for teams that have beaten the Heat before, so the fear should not be there. It will be fun to see how Trey faces the best, most active defense he'll ever see. Burke has held onto the ball really well this season, and is killing other point guards this year with his throwback point guard game and mentality. The greatest respect will be given to him if at times during the game a Battier, Wade, or James is thrown on him.

Jazz in white vs Miami tonight while the heat are wearing their reds. Go Jazz! @utahjazz pic.twitter.com/2plLMrgXqP

Whatever it takes to win, guys. We're a better home team, and we're nearly .500 in Miami anyway. Let's do this!