Share All sharing options for: Utah Jazz at Charlotte Bobcats- Return of the Big Bed, I mean Big Al

The Utah Jazz will once again face a familiar foe tonight. Last night we saw the Jazz lose mightily to former Jazz great, Paul Millsap and the Atlanta Hawks. The Jazz lost 118-85 and it wasn't even that close.

One thing that stands out to me in losses is how bad the Jazz start out on offense. Out of curiosity I looked through the play-by-play and spotted all the layups the Jazz attempted for the game. During the first half the Jazz only attempted six layups, six! The first layup the Jazz attempted was by 6th man extraordinaire, Alec Burks, with just two minutes left in the first quarter. The only Jazz starters to even attempt layups were Gordon Hayward (3) and Derrick Favors (1). Layups like assists tell me how well the Jazz are running their offense. If we are standing around taking jumpshots we are not going to win ball games. The Jazz have never in my 25 years of being a fan have ever,ever been able to be a jumpshooting team and have been able to expect success. Even when we had hall of famers we couldn't play that way, so I don't know why they think they can win with jump shots with this team when it didn't work with the Stockton and Malone teams nor the Deron Williams teams.

INSIDE THE BOX SCOREThe second half told the story for the Cats. After finishing the first half shooting 38.5 percent (15-for-39) from the field and 00.0 percent (0-for-6) from long range. Charlotte shot 64.4 percent from the field (29-for-45) and 75.0 percent (3-for-4) from 3-point territory as they outscored the Pistons by 24 points in the quarter… The Cats didn't just get it done offensively, they also held Detroit to 30.0 percent shooting (6-for-20) in the fourth quarter, out rebounded the Pistons, 16-7, swiped three steals to Detroit’s zero and forced four Pistons turnovers while only coughing it up once. The Cats went to the charity stripe 28 times and connected on 25 to the Pistons 18 attempts, of which they converted 10. Although Detroit held the advantage on the boards, 44-43, Charlotte outscored their opponent in the paint, 58-48. Charlotte finished with five players in double figures - Kemba Walker (34), Al Jefferson (24), Gerald Henderson (22), Ramon Sessions (10) and Ben Gordon (10).

I watched the last three minutes of the game, it was some of the most exciting ball I have seen all season. Al was absolutely incredible both on the offensive and defensive side of the court. I couldn't have been happier for Al, he looks so very happy.

What has changed with the Bobcats this season? Remember when local media congratulated Al on just going for the money and not worrying about winning? I do. The Bobcats are not the laughing stock of the league anymore. (gulp would that be us or the Bucks?) What has changed for the Bobcats, COACHING! Steve Clifford has his team playing confidently and well. Adrian Wojnarowski said that Clifford is the frontrunner for COY. Woj said its amazing what Clifford has done with this Bobcat team that has little talent and to turn around a franchise that historically has had a losing culture.

Clifford became an NBA assistant coach with the New York Knicks and Houston Rockets under Jeff Van Gundy and quickly developed a reputation as a defensive expert. He then was an assistant for Stan Van Gundy with the Orlando Magic He considers both the Van Gundy brothers as mentors. He reached the NBA Playoffs in each of his five seasons with Orlando, appearing in the NBA Finals in 2009. Clifford then joined the Los Angeles Lakers in 2012–13 as an assistant.

On May 29, 2013, Clifford was hired by the Charlotte Bobcats to be their head coach.

Defense has been key to the Bobcats success this season. The Bobcats are currently ranked 4th defensively in the entire NBA. 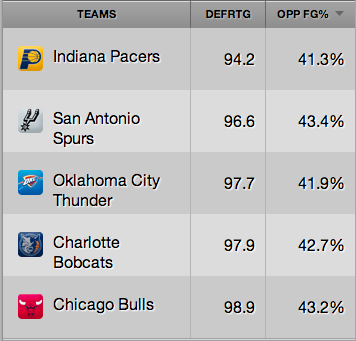 Last night during the Jazz broadcast Matt Harpring said the Jazz should have an easy time beating the Bobcats, I don't think it will be that easy. I do think we have a chance, but it won't be easy. I do know that if we win the media will attribute it to the brilliance of our head coach, Tyrone Corbin and if we lose it will be the fault of our young players. While it may be true for some games is it really true for all games like the some media would have us believe? (i'm kidding I know why they say what they say, its been four years I get it)

Good luck to the Jazz tonight.