Share All sharing options for: The Downbeat #1230 - The Christmas Eve Eve Edition

Yesterday Sekou Smith of NBA.com's Hangtime Blog posted a great Q&A with our own Trey Burke.

If you didn't get the chance to read it yet, go and give it a quick look. The kid says all the right things, of course, but he also makes some very mature statements about the little things he can do to improve his play over the grueling NBA season, and help prevent hitting the "Rookie Wall".

We are one of the luckiest fanbases in the NBA, in that we have fantastic beat writers. Jody [Genessy] of the Deseret News and (rookie) Aaron [Falk] of the Salt Lake Tribune bring us great stories every day of the regular season.

Recently, Aaron dove into the numbers and asked Hayward about his penchant for taking loooooooooong 2's:

"I definitely take way too many shots right there around the 3-point line that aren’t 3s," he said. "I need to just step back or try to take it all the way, but a lot of times it’s just kind of what the defense gives me."

In the world of paint or arc, the man that can shoot ~50% from the mid-range two shall be king.

Over at the SB Nation NBA page, Satchel Price wrote about the Jazz's rebuilding efforts. In it, he talks about Favors' improved offense, but notes that his defense has slipped, saying:

A team's best players should be the antidote to problems, but Favors seems to be a central part of them. Utah gives up more when he's playing than sitting, per NBA.com.

At the risk of sounding like a total Fav-O apologist (I am), the citation of defensive stats in pieces like this (we've probably done it here, too) always makes me cringe. Defense is the great unknown in advanced stats, because its difficult to estimate one player's impact on something that hinges so much on an entire team.

Tonight is the last game before the team gets a Christmas break. Here's a list of what should be on some players' Christmas wishlist to Santa:

Favors: Some help on defense. The Jazz are 3 (allowing 110ppp)  points worse defensively in December than they were in November. Could be the effect of Marv in the starting lineup. 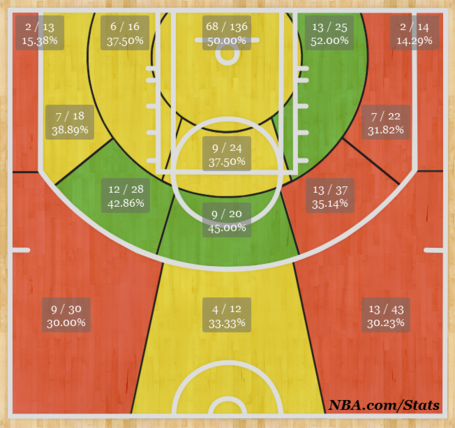 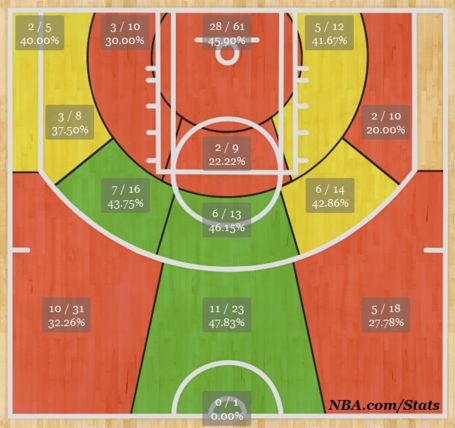 What would you put on Jazz player's wish lists?

While in Memphis, the Jazz visited St. Jude's hospital.

Its great to see the team do things like this, and in another city even.

This is your weekly reminder to GO TO THE GAMES

Unless you don't have the money, or don't want to due to different ideological philosophies, or live out of state or country.