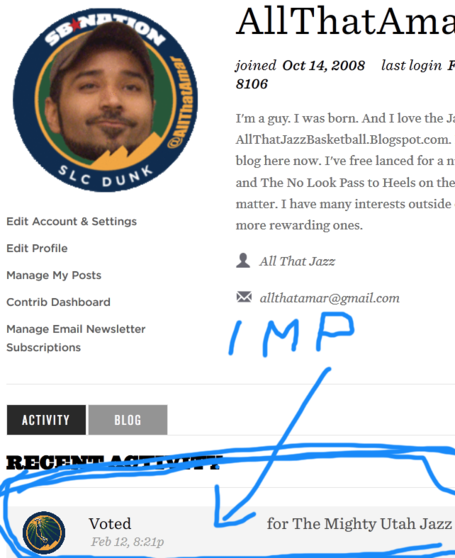 That's in eastern standard time -- so back at 6:21 Utah time I had to come out there and put my faith in my team, and my team delivered. Point guard? Schmoint guard. The Jazz got it done against GOLD MEDAL OLYMPIAN Russell Westbrook with Jamaal Tinsley (6 points, 6 assists, 4 steals), Earl Watson (6 points, 5 assists, 4 rebounds), and Alec Burks (13 points, 5 rebounds, 2 assists). It was far from the perfect game from 'the Replacements', but it got the job done against Russ who finished with a very healthy 22 points (8 FTA) and 7 turn overs. Kevin Durant led all scorers with 33, but did not really get much help. By direct contrast, Al Jefferson had 23 and 7, Paul Millsap had 18 and 10, with 6 assists, and the bash brothers were joined by Derrick Favors and his 15, and Kanter's general toughness. (Which sadly isn't on the boxscore -- but he laid down the law after Kevin Durant thought he could punk Alec Burks and shurg off DeMarre Carroll. Kanter stepped up into the scrum and then every Thunder player's testicles retracted back into their abdomens.)

OKC goes down. Jazz win one. And now we face the Minnesota Timberwolves tomorrow for a chance to go into the All-Star break on a mini-run.