Share All sharing options for: The Downbeat #987 - Only the Lottery Can Save the Warriors' Pick Now

Well, I think we just had one of the most disappointing weeks of Jazz basketball since Tyrone Corbin became head coach. We are all aware of how that slide has cost the Jazz a playoff spot currently. So how bad is it?

Worst teams since the trade deadline:

So the Jazz have a season to turn around.

The Warriors haven't been much better since the trade deadline, going only 4-6. It'll be interesting to see if the Warriors will be able to keep things together enough to make the playoffs. But as we know, their performance also affects the Jazz's draft pick. Could it be possible, for instance, that if the Warriors fell out of the playoff race, that they could tank enough to keep their draft pick this season? 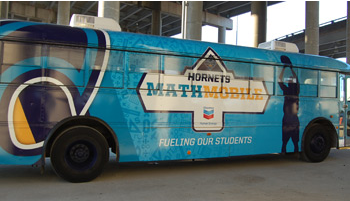 First off, the Warriors would need to finish in the bottom 6 of all NBA teams to keep their pick. So only six teams need to be worse than the Warriors. If the Warriors lost every game fof the rest of the season they would finish 35-47.

Quick, to the standings! 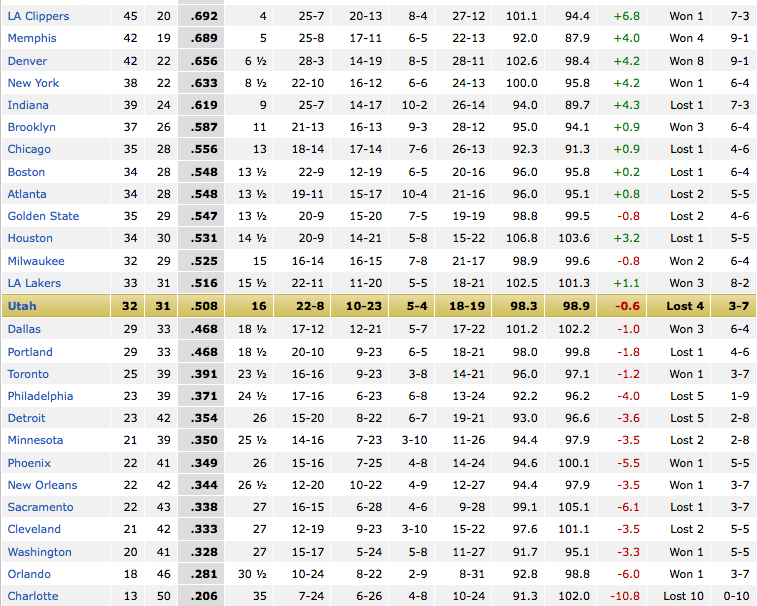 As you can see, the Warriors would still be guaranteed to be the 2nd worst team if they lost every one of their remaining 18 games. And unless Orlando wins the rest of their games, they would be worse as well. So only 4 other teams among Sacramento, New Orleans, Cleveland, Detroit, Washington, and Phoenix, would need to play .500 ball or worse the rest of the season to secure that Golden State is among the best 24 teams. And considering all of the games those bad teams have to play against each other, where someone has to lose, the reality that there will be 6 worse teams than Golden State is nearing statistical certainty. By the end of the week, I think it will be.

The same issue applies to the Jazz. There really is not a lot of incentive to missing the playoffs this season. From the poll last week, I know that at least some of you think it would be best if the Jazz missed the playoffs, but I'd like to present a case as to why the Jazz should make the playoffs.

First off, the Jazz's first round pick is not conditional on them missing the playoffs, like it was last year. And if you look at the above standings, every team other than Portland and Dallas are so much worse than the Jazz, I don't think the Jazz could tank enough to catch them. So instead of having the 14th pick and a 2% chance of moving into the top 3, I think the Jazz's ceiling is the 12th pick and a 2.5% chance of moving up. That is not worth, not trying to make the playoffs, in my opinion.

And as much as you don't want to hear it, Tyrone Corbin will likely be the head coach of the Utah Jazz, whether they make the playoffs or not. That is because...

At least that is close to the conclusion that Kevin Pelton comes to in a piece found here.

That piece was written last season, but is an interesting year. I do agree that Coach Corbin had a great season last year, results wise. However, this season has been a different story. I do truly believe that Ty Corbin will be the coach of the Jazz next season, even if the Jazz miss the playoffs this year.

Then there is this response to Kevin Pelton:

Speaking of Haralabos Voulgaris, he is a professional bettor, who literally makes a living based on his evaluations of NBA and other sports teams, and their tendencies and efficiencies. In some ways, you could take his advice on a team and their shortcomings, more than almost any oneelse, because, almost anyone else, doesn't base their paycheck on knowing those things. He does. I find him very insightful. So let's discuss this tweet by Voulgaris:

I'm assuming that this is his suggestion for a starting lineup, or maybe a closing lineup. Does it matter? Obviously, he thinks this would help out Ty. For record's sake, this lineup has played 14 total minutes this season and been outscored by 13 points in that time frame.

So you are each Tyrone Corbin and you can decide the starting lineup and closing lineup for this team. What do you choose? I have concerns with Al Jefferson and Derrick Favors' ability to play defense together. Unless Paul Millsap has been on the floor with them, Al Jefferson and Derrick Favors have been ineffective for two straight seasons and truthfully atrocious all of this season together. Putting three of our 4 best perimeter defenders with them, certainly helps, but if I could choose a starting and closing lineup, I would go with the lineup that literally saved the season last year:

My Player X would be Alec Burks, because I think he has outperformed every other point guard on this team for the last several months and I didn't like Mo Williams as a point guard for this team even before he was injured. But if you want Mo Williams or Randy Foye to be player x, that would probably work too.

But Hayward, Millsap, Jefferson and Favors have only played together 20 minutes this entire season, which is indefensible when it was so effective last year. It has been brilliant in those 20 minutes, by the way.

What is your starting lineup choice? Put your Ty Corbin distaste where you mouth is and prove you know better in the comments.