Let's get right to the point:

There's a 98% chance the Jazz lose this game.

What? You want more? Oh.

So yeah: they're good.

Random interesting things I discovered when looking at these teams:

But enough of all that ... let's figure out

Why the Mighty Utah Jazz Could Win!

Well, in boring terms: OKC has to play worse than they should and the Jazz have to play better than they should. But that's okay—this happens regularly in the NBA. You never really know. And it's not like this is the '86 Celtics vs. the 2012 Bobcats. The Jazz are a decent team. They could pull this off.

But let's get into the cosmic stuff. The stuff of karma and Gods. 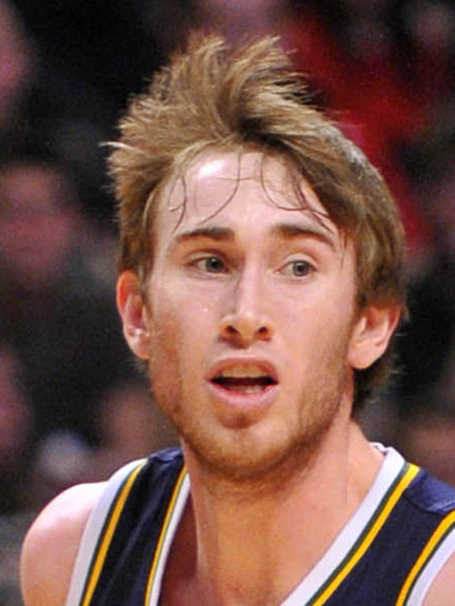 Maybe "Fear the Beard" is too strong. "The Fuzz is the Buzz" ?

As was clearly established in the 2012 NBA Finals, Kendrick Perkins is completely useless when the team is filled with uber-athletic guys who (a) make traditional positions seem quaint and old-fashioned, and (b) can run him to death.

And now he's faced with the epitome of this modern, Athleticism-Speed-Demon-Beast-Monster: Al Jefferson.

In 2009, the Jazz traded a guy to the Thunder who totally stood them up. That's right: Matt Harpring, OUR Matty Harpring, gave the Thunder the epic snub and never even suited up for them. He never even went to Oklahoma City.

That's right, Oklahoma is the state that Utah people look down on. It's the new Idaho.

The specters of Rony Seikaly and Ron Harper were forever vanquished forever, baby!

"You go live in Oklahoma!"

The Thunder were stupid and overdipped their players too much. Sure, it all seems wonderful now, but you all watch: tonight the Thunder Cookies are going to dissolve before our very eyes, all while a tidal wave of milk surges Earl Watson and Jamaal Tinsley on to victory. 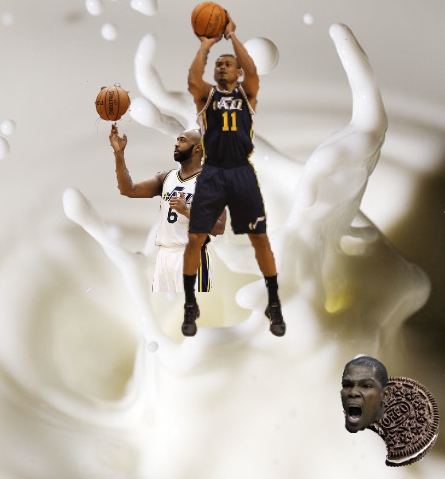 Stuff I hope to see tonight