Share All sharing options for: Jazz fight back, but fall to Mavericks 113-108; go 0-3 on Texas Triangle road trip

This was our second half. 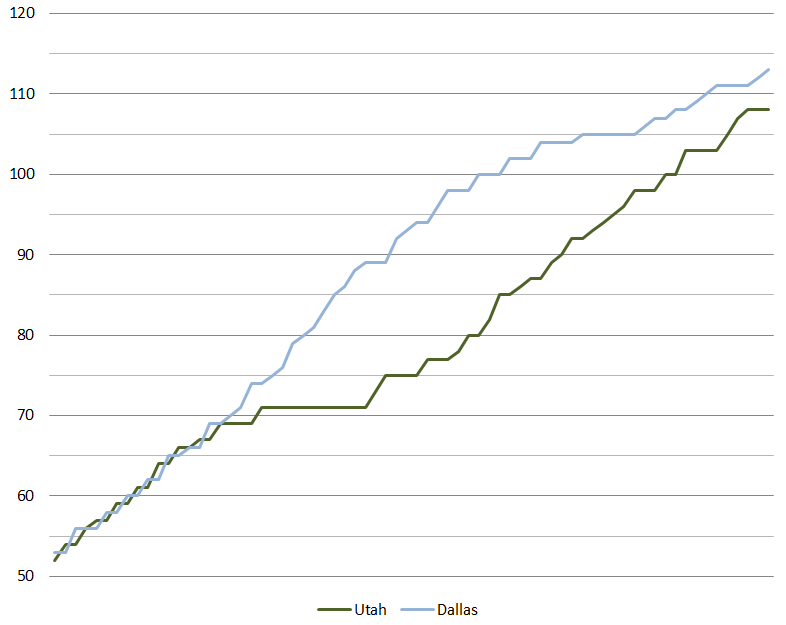 We tried, we got down by 20, we fought back. And we got another loss. That's three in a row on this road trip. It's four of our last five games. It's eight of our last ten. And it's 12 of our last 15. If we're going to do it we have to start winning these important games. It looked really bad at the end of last March too. But we made it. I think that this is a playoff capable team, the parts are there. They're just not synching up right now. Is that on the players? The schedules? The shifting roles? The coach? Everyone? Probably everyone.

I loved our fight in San Antonio. I loved how we didn't give up tonight. At home these are wins. The Mavs went to the line 13 more times than us and won by 5. Also, let's not forget Al Jefferson tipped the ball into the basket he should have been defending. It's effectively a 3 point margin if you remember that.

Some of our players aren't quitting. I hope our brain trust are smart enough to identify just who those guys are.