The Downbeat celebrates a huge milestone.

When I started the Downbeat, it didn't even have a name. It was just a quick hit of five items a day that I wanted to post to get the morning (or late-morning, early afternoon) started off right.

It was conceived as a List Fanshot (a what?) and grew from there. It took me a bit, but I dug up the very first, not yet named, Downbeat. Why the 28-point font? How should I know? 2009 was a crazy time.

Shortly after, The Shums' suggestion to name this creature The Downbeat won out in a squeaker over other notable nominees such as 5 In the Morning (Amar), The Starting 5 (Juan B), Johnny Five is Alive (mine?), and This is Johnny On The Morning Downbeat Starting with Your Daily Fab 5. Amar wasn't a believer in the name at first, but now it consumes him.

Some other bits of trivia. I went away from the Fanshot List format and created my own grey numbered icons so that I could post links, images, videos etc. This was the first one of those.

Shortly after that, the number 3 was switched out for 8. Why? Well, 8>3 and for the most part was dedicated to Deron Williams news.

Later, I finally started attaching numbers to the Downbeats so as to be able to satisfy my ego a bit and see if I could go without messing up dates and the order (only a few missteps). Really though, it was to make myself keep up with them and do them (business) daily which I did until #658. I didn't realize how dependent some were on the Downbeat until I received an email - from Prodigal Punk I believe - asking when it would be up.

Since then, the SLC Dunk staff have done a phenomenal job at giving you a different perspective on each Downbeat, adding their own flavor to the pot.

As always, thanks for the fantastic readership that makes SLC Dunk a great place to discuss our our our addiction that is the Utah Jazz. It's our drug and our cure.

Now, on to the Jazz.

Back from the dead? 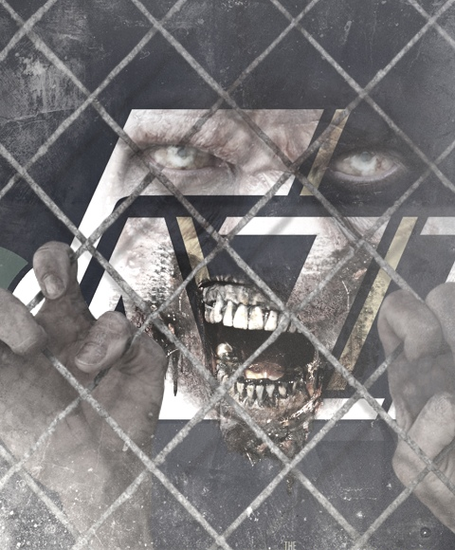 No headshots yet, so they'll keep coming. Things were certainly helped last night as the Warriors held on against the Lakers, leaving the Jazz just a game back.

There's no reason to want tanking now. Regardless of what your thoughts are on the direction of the team should be going into next season, surely it's better to have the last game of the season be a loss in the playoffs than a win/loss in the regular season? Sure, the Jazz will be little more than a footnote for the Spurs or Thunder, but it also let's me see a few more Favors dunks, Kanterlopes, and Burks tongue-wags. It also shortens the off-season by at least a week. There will be plenty of time to complain about how long the off-season is soon enough.

Even if the Jazz lost out -- which they won't -- they're only going to drop a couple of spots in the standings which isn't worth it in my opinion.

The Jazz still have to catch the Lakers to make that happen of course. As the Jazz and Lakers have shown, they're capable of losing to anyone on any given night. So it's near-impossible to look at the remaining schedules and predict what games they'll win and lose. Here's just a quick hit list of items I noticed from looking over the remaining schedules:

My favorite ambigram of the Jazz season:

(hint: look at it upside down as well)

1,000 DB Open Poll: At what number did you start reading the Downbeat and what's one of your favorites? My most memorable Downbeat was this one.