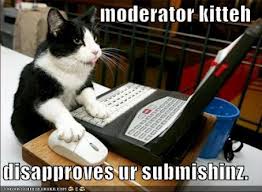 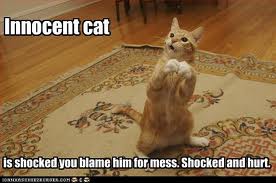 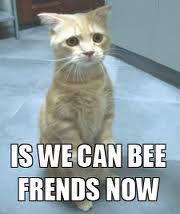 What do these three pictures have in common? Answer: David Locke. (If you don't know why, read his twitter timeline)

David Locke has recently received a lot of flak, namecalling, and criticism, a lot of which I think is very undeserved. That being said, I would like to point out all the great things that Locke does for us fans, especially the things he gives us that no other fanbase gets.

Locke wakes up at what many of us would consider to be ungodly hours to do a podcast LIVE that isn't part of his job description. Here's some great things about this podcast:

Locke calls up other radio announcers and sports writers/analysts and just talks basketball. He gets REAL basketball talk with these guys instead of the "Kobe is god" and "all must worship Lebron James" crud that ESPN puts out all the time. Also, many of us think that Locke just follows "the company line" all the time, but in these podcasts you can see that he's just a guy having sports talks just like we do.


The GM and The Scout Podcasts

Locke really gets insider info here. I don't know if you've ever listened to one of these, but you never get something like this from any other place than David Locke's webpage. Actual GMs and Scouts talking about what they do in public?!?! Seriously!!!

For those geeks out there, one of the great things to listen to is mythbusting with Kevin Pelton. Locke gets us serious analytics talks and actually proves stuff like late game situations, tanking vs playoffs,etc. If you haven't seen how cool this is, then you need to come out of your groundhog den and smell some fresh spring air. It's seriously cool!

Locke takes a subject, say ball movement, and gets each player's perspective, as well as the coaches thoughts, on it. No commentary, no company line, just player comments. He takes a lot of his time to chase down all the different players and get their thoughts on it just so we can listen for about 2 minutes and 45 seconds.

Just read them. They're cool and represent several hours of Locke's day. I know 'cause I've written several similar posts myself.

Now, I know that many of you don't agree with Locke on a lot of things. Heck, I even called him out for his comment that "Maybe Burks will never be better than Randy Foye" when, in my opinion, Burks was already better than Randy Foye. However, how many times do we disagree with our own friends when we talk sports? Heck, the girl at the BYU snack shack thinks Al Jefferson is the coolest player ever, but I don't call her an idiot when I go to get a bagel, dried cranberries, and peanuts every day. Discussion and debate do not require denigrating, defaming, and disrespecting those involved.

David Locke puts a lot into his job. He is only required to travel with the team and do the play-by-play calling, but he does everything else I've listed just for us. I think it's fine for us to disagree and criticize Locke's comments just like I welcome disagreement and criticism for my own posts. However, let's remember that Locke is a human being that if you were neighbors, you probably would also be pretty good friends with. If you want to be inhuman with him or anyone else on this world [yes, even if Jazzyman posts something ridiculous and convinces me to agree with him :-) ], then, in Amar's own words, shutup :-)