Share All sharing options for: The Fun with Puns Edition - The Downbeat - #985 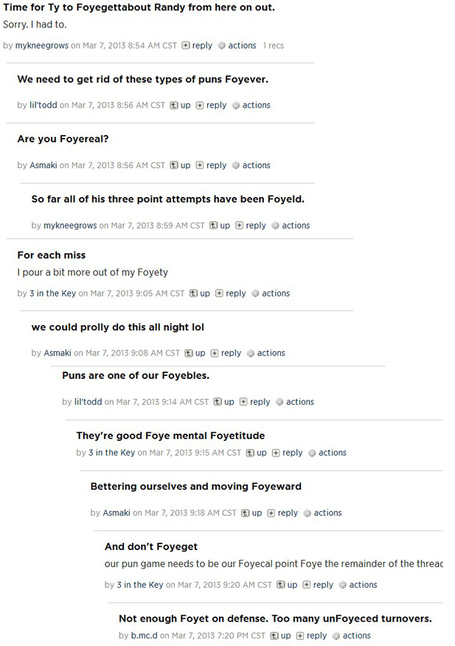 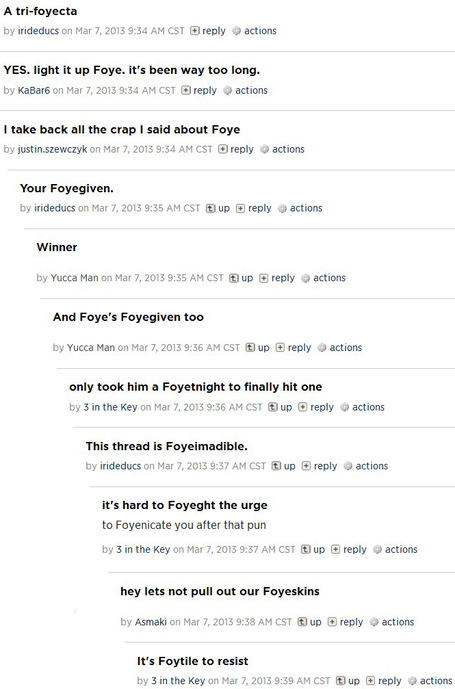 This is what puns looked like back in the day when we had to walk two miles in the snow to get to school: 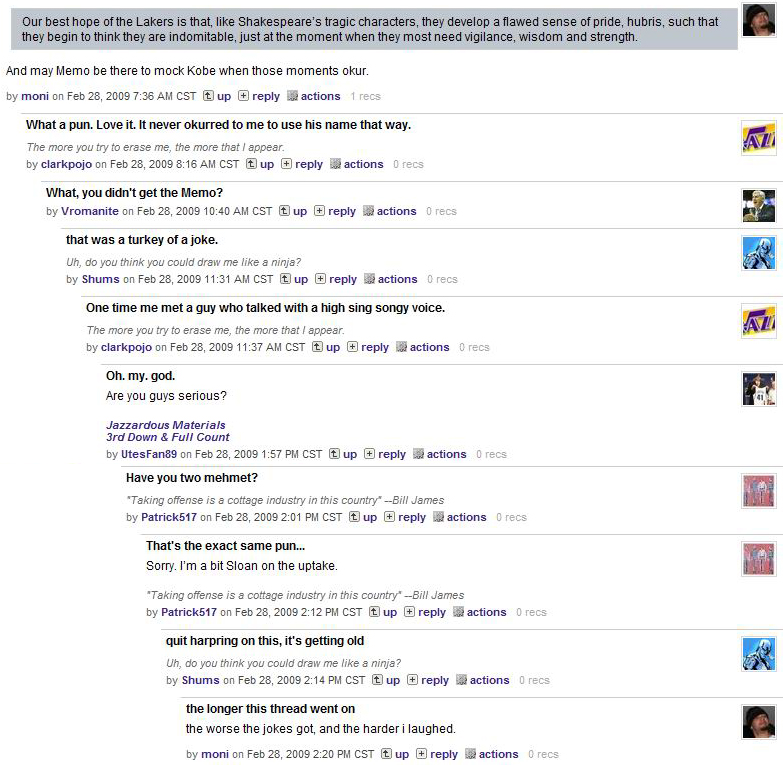 Here's a completely inane question, but that's what you get from me. Plus I think I would like to keep things a little lighter today given the past few days we've had. If you were the GM of a team whose top priority is to make $$$ by selling pink glitter jerseys to Bieber-loving teenage girls, who would be your franchise player? (BC7, I have already noted your vote for J.J. Redick.)

Ball Don't Lie had an interesting article about a week ago on whether the box score is incomplete. The article discusses the possibility of adding screen-related stats to the box score. The Jazz have tracked deflections on their own for many years. European box scores track fouls drawn, which I really like. What stat or stats would you most like to see added to the NBA box score? 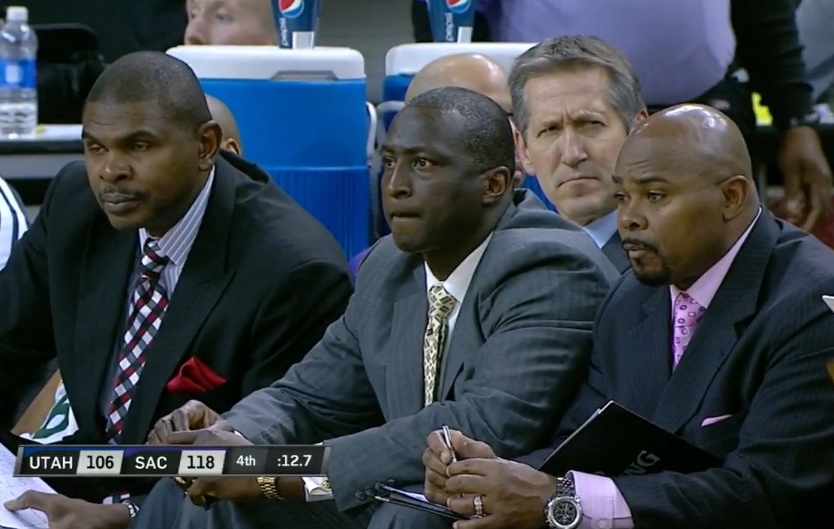 Final (and serious) question: What can Tyrone Corbin do to #getbetter? Are there ways that he can actually #getbetter? Let's take end-of-game rotation/clock management, for example. If it doesn't occur to him to make offensive/defensive subs, and if he sometimes doesn't know how many points the Jazz are down and whether the Jazz should be taking a two or a three, and if he kinda maybe doesn't notice that Hayward has been playing for 28 straight minutes which leads to a higher chance of mistakes at crucial times, and if when Al is not available he calls the same play he would call for Al but just substituting in a different player, what can Corbin actually do to #getbetter? #6: This is a late addition because I just saw this and had to add it: (H/T Salt City Hoops, via @MarkDeeksNBA: Gordan Giricek is now a guitarist in a band called Blank. Video: