Fun articles about the Jazz and John Stockton!

Share All sharing options for: The No Coach Could Do a Better Job Edition- The Downbeat #1014

Well lets get to it. Yesterday I saw this tweet and my jaw literally dropped!

I had to find out who said it and why in the heck they would make that comparison!

You can listen to him say it here (22 minute mark)

Disclaimer: My rant was not about Ty's ability it was about the claim that no coach could do better. My rant is not with the talent we have on this team.

Rob Mahoney of SI.com wrote an article on the 10 Biggest disappoints this NBA season. # 3 on his list, our Utah Jazz.

If anyone knows what it is exactly that coach Tyrone Corbin is doing in terms of managing his rotation, I’d love to know. This was supposed to be a year of gradual change, with the Jazz better incorporating the emerging Derrick Favors, 21, giving a chance to second-year players Alec Burks and Enes Kanter and seeing the next step in the development of third-year swingman Gordon Hayward. Instead, Utah worked its offense through Al Jefferson to a fault and compounded its problems through Corbin’s baffling lineup constructions.

His choices have been a bit better of late, but I just fail to trace the logic in neutering the team’s offense with the pairing of DeMarre Carroll and Marvin Williams on the wing; the reluctance to give limited playmakers like Earl Watson and Jamaal Tinsley help by pairing them with a ball handler such as Hayward; and the overall disaster that results when trying to run a post-up offense while taking all of the team’s best shooters off the floor. The Jazz’s young players have produced some fantastic showings when compensating for teammates’ injuries, but otherwise this team has accomplished so amazingly little in the way of legitimate progress.

While his example of DeMarre and Marvin playing together doesn't happen all that much he pretty much expressed in two paragraphs what we have debated in countless downbeats, posts and tweets all season long.

The last sentence makes me sad its true we have accomplished so little progress which astounds me with where we should be headed with our young core. I cannot express enough the frustrations we have felt with how this team has been handled this past season.

The Lakers beat the Trailblazers in Portland last night. The Lakers are now a full game ahead of the Jazz. 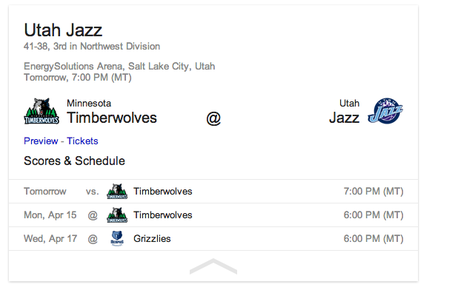 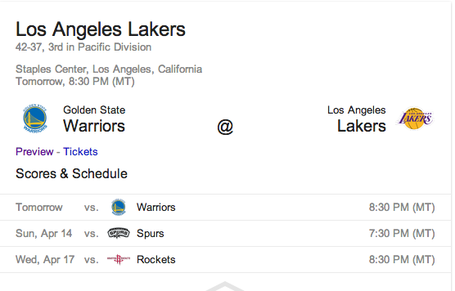 Lets hope I am wrong. I probably am. I remembering doing this a month ago and I had the Jazz finishing 41-41 and the Lakers finishing 42-40 so I am not too good at this. How I want it to play out? Jazz finish 3-0 and Lakers finish 0-3 because Kobe is so freaking tired he just can't give anymore.

How do you predict the games finishing out?

The Jazz's style of play has changed drastically since Corbin has been the head coach. Steve Luhm tweeted out some interesting stats.

I know the game is different but free throws seem important. Also when your strength is your front line you think we'd be shooting more free throws instead of setting records for 3pt attempts.

Randy Hollis of the Deseret News wrote a fun article on Gary Briggs. Briggs shares some fun stories in the 3 short years he got to work with them.

"Obviously, the first three years I was here, working with John and Karl, was a tremendous opportunity for me," he said. "For one thing, they never got out of shape. A lot of guys 'de-trained' during the offseason and then tried to get themselves in shape two weeks before the season started. You can't do that.

"Anybody who's had (an) extended career in this league like John and Karl did, almost every one of them never got out of shape," Briggs said. "They may have changed what they did in the offseason, but they never took it completely off. That constant back and forth is what breaks your body down."

In light of how many current NBA players will take a night off with minor aches, pains or hangnails, it seems, Briggs maintains tremendous admiration for the way Stockton and Malone insisted on playing hurt and very, very seldom ever missed a game.

"He and Karl's mental toughness was the best I've ever seen. There was some peer pressure when John and Karl were willing to play hurt. Some guys probably would've sat out, but with Karl and John setting the tone for the team, that's where leadership and toughness comes in.

Speaking of John Stockton, Memo is Money posted new videos! They are the ceremony honoring John Stockton for breaking the assist record. I haven't seen this in a LONG time so it was great to watch.

Watch both you'll get all kinds of warm fuzzies!!! And at the very end if you listen you can hear they were fighting for the 16th straight road victory!