Last night only had one game, hope you all got your rest because tonight is going to be crazy. 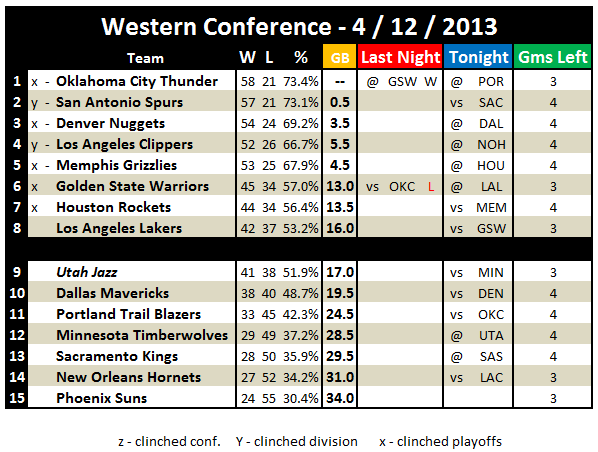 Tonight 14 of the 15 teams in the West are playing. Let's go over them here in bullet form --

Of note, T-Wolves and Kings are close enough together that they may want to selectively Tank right now for more ping pong balls.