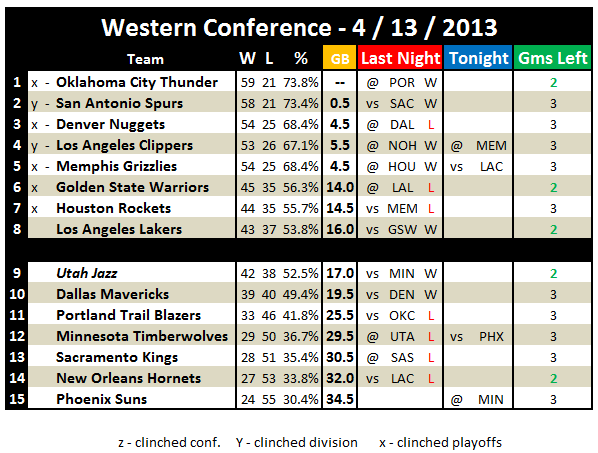 Tonight there are just two games in the Western Conference -- the Memphis Grizzlies at the Los Angeles Clippers; and the Minnesota Timberwolves at the Phoenix Suns. The MEM/LAC game is big because DEN, MEM, and LAC are al still fighting for the #3 seed. And the MIN/PHX game is also key because it's the 2nd night of a B2B for Minny. Meaning that they have to keep playing. When we finally do play Minny again we would have had rested for two straight nights, and they would be tired.