The Lakers suffered a huge blow with the injury to Kobe Bryant. Kobe has played a lot of minutes over his career. He's played more than all of his "peers". Peer group, of course, being this generations wings like the Miami Heat 's trio of LeBron James, Dwyane Wade, and Ray Allen, the Boston Celtics forward Paul Pierce; the New York Knicks forward Carmelo Anthony; and the Oklahoma City Thunder 's forward Kevin Durant. Here are the following seven players and their career cumulative minutes per season (regular season + playoffs combined). 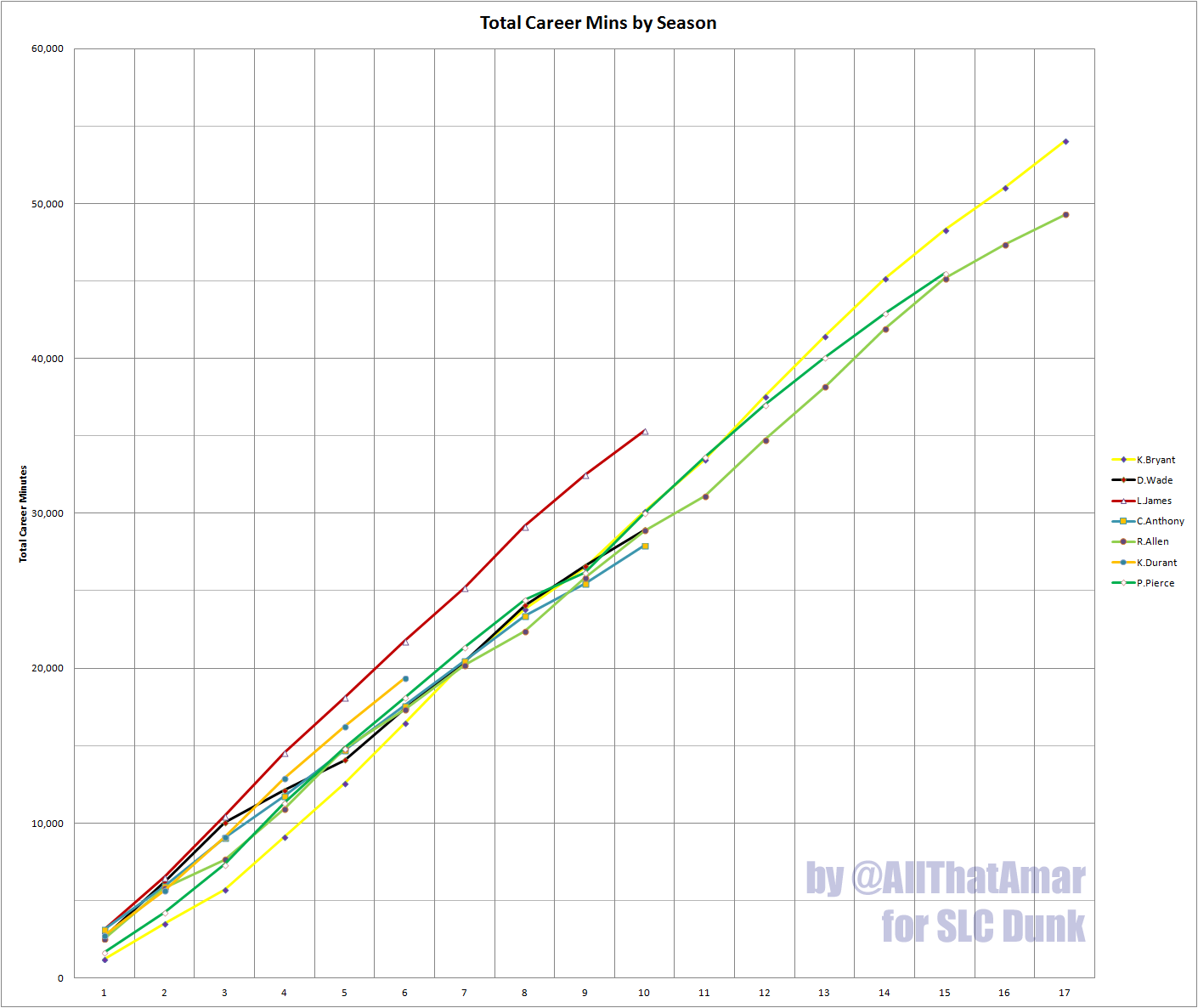 Just click on this to see this as full resolution

Of course, the interesting thing for Utah Jazz fans would be that Gordon Hayward, due to our silly year last year, and the fact that Kobe's second year was in a 50 game lockout shortened season, is right about at where Kobe was at after three seasons. That doesn't mean Hayward is going to play 55k career minutes. But it's a quantum of solace for our mothballed youth.

N.B. Color scheme for Ray-Ray is indicative of his time playing for the Milwaukee Bucks, Seattle Supersonics, and Boston Celtics. Melo's colors also give homage to the Denver Nuggets.