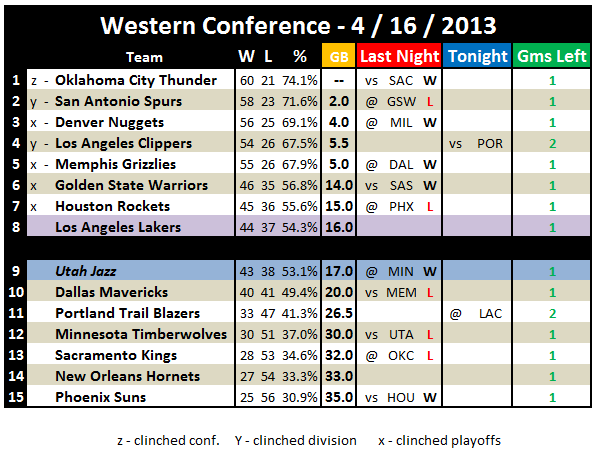 Just one game, the Portland Trail Blazers / Tankers at the Los Angeles Clippers. Portland is tanking, hard. So they're going to lose this game. That means the Clippers will win and pull back into a tie with Memphis for home court in the first round. This means Game 82 for Memphis is a MUST WIN for them. Thanks Portland.