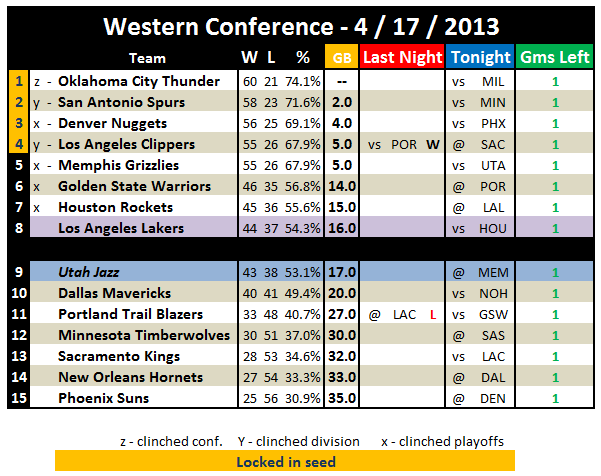 Every. Single. Team. In. The. Entire. League. Is. Playing. Tonight.

It's interesting to look at the schedule makers (the NBA) and see which teams were supposed to finish the season looking forwards to the playoffs, because the NBA favored them. Home games for OKC, SAS, DEN, MEM, LAL, DAL, POR . . . and knowing SAC was in the process of leaving, giving them a token end of season home game. It's not a conspiracy, it's just called planning ahead.

The Races (That are left):