This is the end, my only friend, the end. 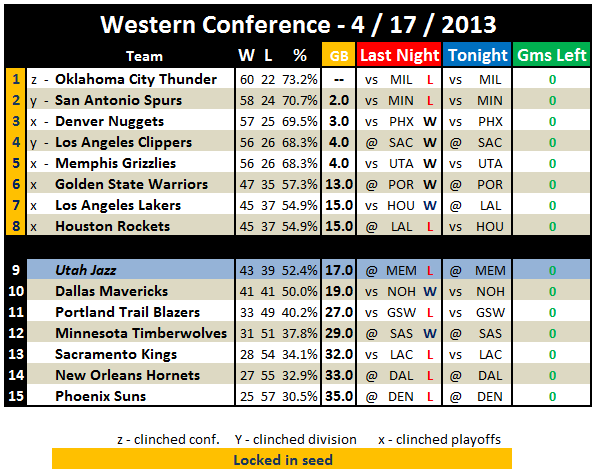 So that's it. This season of 'win now' got us the same ultimate fate as developing more: the lottery. It was close. But in a results based society, close only counts for horseshoes, hand grenades, and drive in movies.

We here at SLC Dunk try to piece together what happened last night, and this season.

So funny how all these matchups are perfect for the media. It honestly couldn't have been better, unless somehow they added 2 more teams to the playoffs and the Minnesota Timberwolves were somehow involved.