The Downbeat 1044: The "Where My_Lo and Amar Share a Bed" Edition

The NBA Draft Combine in Chicago starts today and SLC Dunk has you covered. The Jazz only have six returning players, what should they be working on this summer. Jarron Collins is a Trekkie.

The NBA Draft Combine starts today! Amar and Mylo are there. Amar has started a stream where they will be posting everything.

The combine will be on TV!

Mylo and Amar won't be the only familiar faces at the combine. Jerry Sloan is there! Amar and Mylo better give Jerry all our love.

Amar and Mylo already have a funny story about the combine: 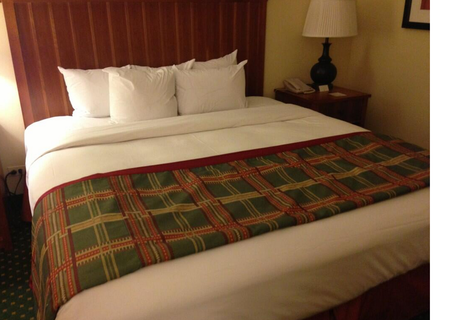 Randy Rigby was on 1280 the Zone yesterday with Gordon Monson and Spencer Checketts. Randy is representing the Jazz at the Draft Lottery later this month. Randy had a request from fans:

Jarom Moore the Utah Jazz beat writer for ksl.com wrote a great article yesterday. It is about what the returning players to the Jazz need to improve on for next season. I like Jarom a lot, he is a super nice guy. If you aren't following him on twitter you should be.

Here is a list of the six things he suggests for the six returning players to improve on: (read the whole article it is a good read)

If you were to make one suggestion to each player on what they can improve what would it be?

In case you were wondering, Jarron Collins and his twin brother Jason are trekkies. I so wasn't surprised by this news. They were able to meet JJ Abrams (which is totally cool!) when they were on Jimmy Kimmel. 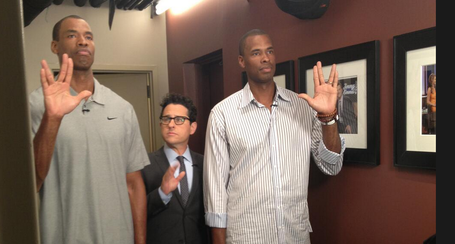