As the Jazz looking to the draft, as they try to learn from successful playoff teams, let us hope that they build something that endures. Something that can make this little girl believe in her team again.

Share All sharing options for: Downbeat #1045 - The Epic Beard and Afro Edition

The Draft Combine is going on in Chicago right now. And, as I hope you already know, SLC Dunk's own Amar and My_Lo are there. I'm not going to rehash all that they learn in the DB (you can do that on the story stream itself), but I do want to bring out what is one of the more interesting tidbits:

The Jazz have more people here at the combine than any other team.

This is even longer if you include Billy King, who seems to have permanently attached himself to KOC's left elbow.

Personally, I find it comforting that Billy King is always on our side.

But back to thinking about the Combine. I'm curious how this Jazz entourage compares to that of previous years. Considering the numbers Amar and Mychal have reported from other teams (3-4 dudes), my hunch is the Jazz have kind of gone bonkers this year. And my hunch tells me that it's because they have the two mid-1st round picks ... these are picks that aren't as obvious as the early ones, but the team would really, really, REALLY like to nail these picks this time.

Kurt Kragthorpe wrote about using the Memphis Grizzlies as an example for the Jazz as they continue trying to rebuild the team into something grand. My favorite bit from the article is this:

Yet they’ve [Spurs, Grizzlies, Pacers, and Thunder] demonstrated that market size is not a barrier to succeeding in the NBA.

I absolutely believe that teams can be successful, even in small markets. Teams just have to be smart. Smart teams always rise to the top. The Lakers had limitless pockets, but the real reason they have been so consistently good is because they are smart. Other teams have similarly endless funds (the Isiah Thomas Knicks are the obvious example) but they don't succeed because they tried to build a team like a 13-year-old building a fantasy team.

Market helps. Money is nice. But the real key is being smart ... smart player, roster, and lineup decisions.

Here's a video of Gordon's top-10 plays this past year, posted by TheUtahJazz1Fan

I am an advanced lip-reader, and I was able to decipher the conversation between Deron Williams and Gordon:

Deron: Remember when I thought you sucked and threw the ball at your head?

And my favorite Matty Commentary (on #2): That is a great Individual 1-on-1 play.

Marc Gasol's been a beast for the Grizzlies in the playoffs. But more importantly, he has shown the importance of a good beard. No way he dominates the inside looking like this: 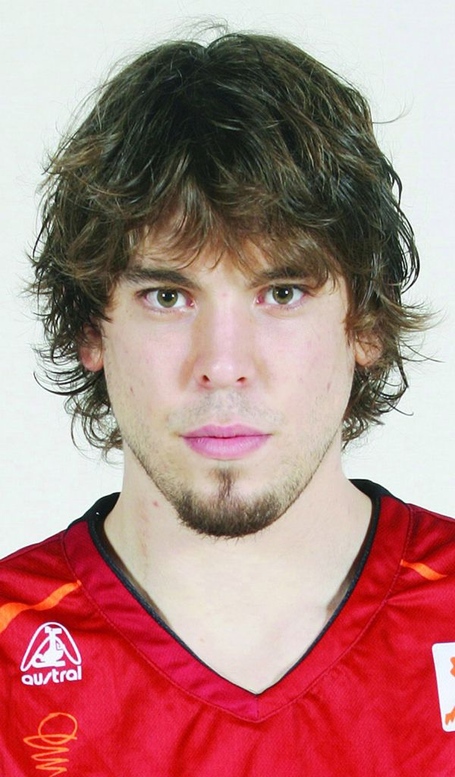 So with this in mind, which Hair-centric makeover would have the greatest effect on the Jazz's winning percentage next year? 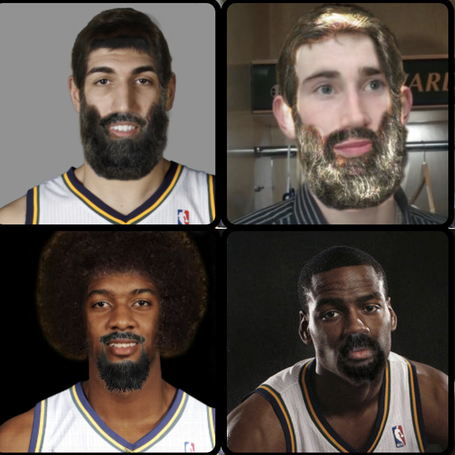 THAT is the lesson from the Grizzlies, the Spurs, the Pacers ... heck, even the Bulls. They had no business even making it to the second round. None. But they defended like their lives were on the line. Props to Thibodeau for getting his team to play they way they did.

I can only hope the Jazz can learn from this.