The You've Got a Friend Edition- The Downbeat #1065

We may not be 100% sure who the next assistant coach will be for the Jazz but we do know Frank Layden is a great dancer.

Share All sharing options for: The You've Got a Friend Edition- The Downbeat #1065

This might as well be the theme song to the Jazz's coaching staff.

When you're down and troubled and you need a helping hand

and nothing, whoa, nothing is going right.

Close your eyes and think of me and soon I will be there to brighten up even your darkest nights.

You just call out my name, and you know where ever I am

Winter, spring, summer, or fall, all you have to do is call and I'll be there, yeah, yeah,

you've got a friend.

Jody of the Deseret News shared yesterday that it looks like it may be a possibility that the Jazz hire Kenny Gattison to replace Jeff Hornacek as an assistant for the Jazz.

Adding to the intrigue of Gattison's invitation, Jazz coach Tyrone Corbin was his teammate in Phoenix during the 1988-89 season. Also, Gattison, 49, grew up in Wilmington, N.C., which is three hours east of the 50-year-old Corbin's hometown of Columbia, S.C.

It wouldn't be unprecedented for Corbin to hire a former teammate. The NBA's ninth-longest-tenured head coach has done that twice since taking over for Jerry Sloan on Feb. 10, 2011 — first bringing Hornacek (Suns, Jazz teammate) onto his staff on a full-time basis and then tabbing Sidney Lowe (Minnesota teammate) to be his lead assistant that summer.

Mylo somehow was able to get ahold of KOC interview questions for our assistant coach search:

So please contact KOC ASAP if you can answer those questions correctly!

By missing the playoffs, Corbin was already under pressure, but the league-wide rash of firings is proof the Jazz can’t wait long for measurable success. Not merely the kind of success where you beat Miami and San Antonio in the regular season, either.

The Jazz need to get back to making the playoffs every year. If that opportunity is missed in 2013-14, fans can add Corbin to the list of dearly departed. It’s not as though it would be irrational or heartless if the Jazz fired the likable Corbin next year. It would be right on schedule, considering how the league is trending. He had a worse record than five of the coaches who were fired this postseason.

Everyone knows how I feel about Ty's coaching so there is no reason to share my opinion again.

I didn't always feel this way though. My response to a question of who will be with the Jazz longer Devin Harris or Ty Corbin in a Jazz Jam Session Sept. 2011:

Diana: What I think will happen and what I want to happen with regards to Ty Corbin and Devin Harris are two different things. I respect that we cannot judge Ty as a head coach or Devin Harris as our starting point guard based on the results of last season. We all understand the unusual circumstances that Ty was put into as a head coach and the same for Devin Harris replacing Deron Williams. I am confident that Ty will be here longer than Devin. We have to give Ty time to see what he can do as a head coach but how long do we give him if we don't see the success that we're accustom and expect to see as Jazz fans?

So I ask you the same question Brad asked his readers. What will it take for Ty to keep his job next season? The playoffs? a .500 season? a playoff win? Nothing, Ty is perfect as is?

Thanks to some excellent sleuthing by Baksetball John we know that Paul Millsap put his house on the market the day after the season ended :( 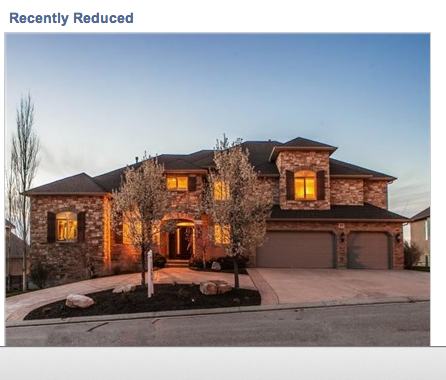 So no one buy Paul's house and maybe he'll have to stay!!

Denim is a great follow so follow him if you don't. The thing is Denim and I rarely agree on the Jazz but yet we always have real respectful discussions and conversations.

I really really really dislike this argument from Jazz fans. I understand it, I get it but I don't like it. Lou and I were actually talking about it on our drive home from St. George this past Sunday. I think the point is that Jazz fans DON'T want to become a team like the Sacramento Kings or the Charlotte Bobcats. I see no point in comparing the Jazz to inferior, bottom dweller teams. Who cares if we are not as bad as those teams, is that something to hang our hats on... NO. I would much rather compare our current team to our former teams. Past teams that have been better, the same or worst than the present Utah Jazz team. The Jazz are the ones that have set the bar so dang high for the last 25 years lets hold them to that standard! I would much rather compare our team to those teams that we are aspiring to be like, who are much better than us currently, like say the San Antonio Spurs.

Go Jazz, be the best that you can be! No settling for mediocrity. No more missing the playoffs 2-of-3 years. No more being happy with being an 8th seed and unfulfilling #playoffpushes. No more fake #sellouts. No more over-the-hill vetzz. No more faking it. No more do we want a team that is directionless and that has no identity. Say yes to a real system, say yes to your talented Core Four. Say yes to embracing the past insomuch to helping the present and securing the future!

We are the Utah Freaking Jazz and we want and expect more!

Last but not least

Maybe Scott's dad, Frank can help him get the job by dancing in the interview (35 secs in)

P. S. Our friend Eric made this video of the Core Four! It was too good to not share!