Jazz sign that one guy who got jumped over by LeBron, Indy is G-Time's city, and Trey Burke chats.

Share All sharing options for: The Downbeat #1K93: The "We're Not Tanking?" Edition

Yesterday I wrote how one could look at Trey Burke's Summer League performance in a historical context of 10 years. Let's just say it was pretty bad. But luckily Summer League is not indicative of future success. After all Kelly Olynyk is most likely not going to be an all-star this year. Trey Burke recently did a chat on ESPN talking about his nomination for an ESPY and Summer League. Here's some of the quotes.

When asked about his summer league experience he said:

I felt like summer league was a great experience. I needed it. It showed me that I have some work to do. My shot was flat due to my legs. I thought I did a good job with the team and picked up on some things, like on offense and what we're doing defensively.

When asked about what is the biggest adjustment since coming to Utah he said:

When asked about the immediate difference between college and the NBA he said:

I don't think I got the whole NBA feel, because there were a lot of guys trying to make the team. Things were a bit quicker. The guys were quicker. And the shot clock. That's a big difference. Everything has to be quick so you get a shot off in time.

These were some of the theories that most had when trying to explain Trey's subpar performance at Summer League. Until he performs this way on a stage that matters, aka the regular season, there's nothing to worry about. In all honesty, this is what we wanted to happen for Trey Burke. Instead of being coronated as the best point guard of his draft class, he was shown that in the NBA things are not given, they are earned on the court. He was shown that there isn't a huge difference between the scrub who is 13th on the NBA depth chart than the big dog at the top. Trey will learn.

This happened and it was funny.

@AlecBurks10 my son getting older...

@AlecBurks10 lol when u comin to MY city..

Just a reminder that Indianapolis is G-Time city. So stop lyin.

The Jazz signed this guy yesterday. 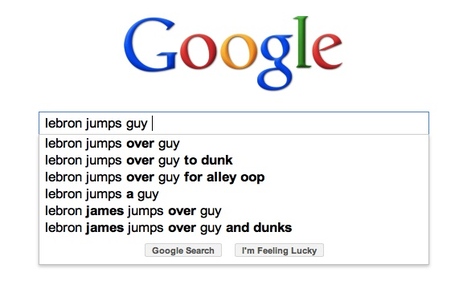 John Lucas III was signed by the Utah Jazz. This undoubtedly shows the Jazz's commitment to tank with disregard to human life, libert, love. We can see that the Jazz don't even care if anybody knows they're tanking. It's like putting up a giant flag at the top of ESA that reads "WE'RE TANKING UNABASHEDLY FOR WIGGINS AND WE DON'T CARE WHO KNOWS IT!" Honestly if the Jazz wanted to tank that's fine, but let's make this tank interesting. Actually come to think of it, they have made it interesting. John Lucas III on the floor for any stretch of time is the biggest tank troll move of any team of the offseason so far. Even the Danny Ainge of the Celtics looked at this move and thought, "WOW, that's tanking." DANNY AINGE WOULD SAY THAT. Even the 76ers looked at this and thought, "Man WE should have done a sign and trade for John Lucas III. This is tanking genius. This is tank at its best. When the Jazz sit on the Mt. Everest of the NBA Draft next season with a high lotto pick Dennis Lindsey will proudly yell from his war room, "JOHN [EXPLITIVE] LUCAS YOU TOOK US TO THE PROMISED LAND!!!!" to development. Here is the reaction from the SLCDunk Staff:

.@YuccaManHoops Why? The Jazz have brought on vets that are so bad that they can't warrant real playing time. It's a great signing.

Jazz signed vets for Ty much like the way parents used to force kids to smoke the entire pack of cigarettes when they were caught smoking.

What you might remember John Lucas III from via @da_breezman http://t.co/1BShA65AZL

Ballerball.com got a hold of a leaked letter from Prokhorov to Andrei Kirilenko.

It’s I Mikhail Prokhorov. As you know in between my winters hunting polar bears with bare hands and making awesome internet videos of my extreme jet skiing I am owning my very own basketball group in Big Apple. Dah. But we are no good. We had weak man that let himself be choked by player with rows of corn in hair PJ. He was weak. He could not coach. So I fired him and got man that is not afraid of fight Mr. Basketballs Jason Kidd. My little Kidd is strong. I then sold no good shooter Jerry Wallace and Kardashian wife to Irish Men for their soldiers Mr. Garnett and his partner Mr. Pierce. We are now strong and tough and can fight the men in Miami.

You can read the entirety of it here. Trust me. You'll thank yourself for reading this.