The Downbeat #1120 A Smattering of Goodness...Kindoff

Share All sharing options for: The Downbeat #1120 A Smattering of Goodness...Kindoff

Google does it again. I like google their innovation. This is not mind blowing but super helpful. If you use chrome, "Google Any NBA Team's Roster" it works with the NFL NBA and so forth. You will get a live scrollable headshot lineup of each team and their current roster. Not mind blowing but cool

What do 476 feet have in common? Dr. Michael Lowe the Utah Jazz' team podiatrist. Dr. Lowe has been the only podiatrist to work with the Utah Jazz. Ever. He is creeping up on 40 years. He started in 1976, and has been with the Jazz ever since. AK, Karl, Stockton, Bailey, Eaton, Dwill, Marovich, Favors, Kanter, Keef ect. Full list of Utah Jazz players here.

Which agents represent the Utah Jazz Players...This a great compilation by Draft Express. 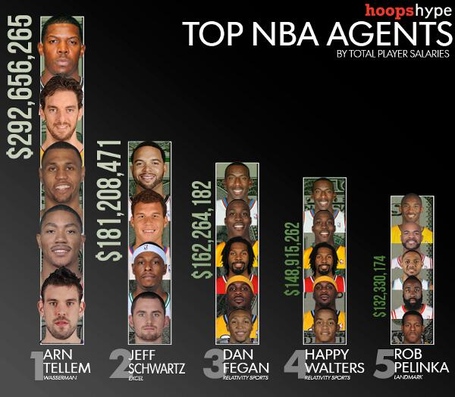 Imagine the 4,124 people who attended the game in which Wilt Chamberlain scored 100 points receiving text messages at the buzzer, informing them that commemorative t-shirts would be sold at the exits of the Hershey (Pa.) Sports Arena on March 2, 1962...