Share All sharing options for: The Downbeat: DAT ASS-es Edition 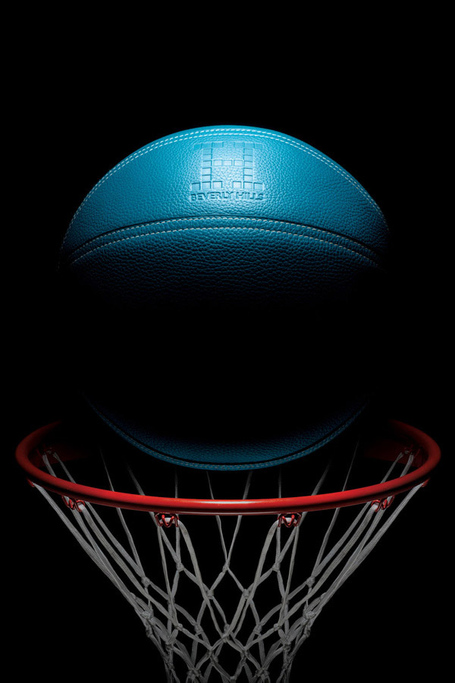 Hermès has just released this: bright blue calfskin basketball priced at a whopping $12,900. From Hollywood Reporter:The fashion brand, which has turned out footballs and soccer balls in the past, eschewed its signature orange in favor of a California-chic, cool blue for the bull calfskin ball that's made using the same hand-stitched technique as Hermes' coveted Birkin bags."It represents the sky, the ocean and all the beautiful pools that are a way of life in L.A. and Southern California," says Robert Chavez, Hermes U.S. CEO, who says that the exceptional quality of the leather as well as the artisanal craftsmanship account for the ball's price.

Much ado has been made about how much we need to pay Gordon Hayward and Derrick Favors.  My personal take on the whole process can be summarized in this video below.

It comes down to if you believe Derrick Favors and Gordon Hayward are 8 cow wives?  If they will one day become 8 cow wives then pay 8 cows for them and show that you believe in them.

NBA.com had a survey with all of the rookies for the upcoming season.  Here is how Trey Burke fared.

[Spoiler Alert: Rudy Gobert was not mentioned.  After all, according to SheridanHoops.com he's a stash and draft. That's a joke.]

Which rookie will have the best career?

[Burke was not even mentioned in the other votes. Not one single vote.]

Which rookie is the best playmaker?

Sekou Smith of NBA.com made a re-draft of the 2010 NBA Draft.  Inevitably, the Utah Jazz draft picks were a little undervalued.  (THANKS TY CORBIN AND YOUR HORRIFIC MINUTE DISTRIBUTIONS.)

[Spoiler Alert: People are still in love with DeMarcus Cousins.

Favors had to play behind veterans Al Jefferson and Paul Millsap after being traded to Utah. It was probably the best thing that could have happened to him, too. Now that those veteran bigs have moved on via free agency, Favors will become the low-post anchor for the Jazz. He’ll become the walking double-double he should be now that he’ll have an expanded role.

Hayward has improved as much as anyone in the class between Draft night and this summer. He stood out among the young stars assembled in Las Vegas last month for the U.S. Men’s National Team’s mini-camp. A young Jazz team in need of leadership will get a solid boost in that department, and others, from Hayward.