We love our Jazz.

Share All sharing options for: The Almost Training Camp Edition: The Downbeat #1132

Hi fellow Dunkers my name is Diana Allen. I am a Jazz fan who used to write here at SLC Dunk. Some of you may remember me from such things as my Sacramento game recap, my Ty rants and my love for real Jazz basketball.

Its good to be back after a crazy summer which included me moving from my home of all homes Provo UT to Boise ID. I want to thank Yucca for taking over my downbeats and doing such a fabulous job. I knew that my downbeat would be left in good hands with Yucca writing them.

Randy Rigby created quite the stir on Twitter yesterday (probably without even knowing it) Here are the remarks that had people in a tiff.

All these quotes courtesy of the amazing Moni.

It's going to be up to COACH Corbin, but what type of roles will Richard Jefferson, Brandon Rush and John Lucas III have?
Well, we're gonna have, you know, and that's where it's been nice to have the <em>veteran</em> veteran, from a Karl Malone, who's worked a little bit with our guys. But veterans who have been, who are now still in the league, is very
important. And I was impressed to see that John Lucas immediately reached out to Trey Burke, for example, and in fact they went down together to the camp that John Lucas' father puts on, and John was down there, as well as Trey
Burke. So there's been already some, that kind of reaching out. John's then gonna be coming into this open camp, open gym time, and working as well with Trey. And not only working with them, but challenging them. I mean, and that's
what we want. I wanna see who wants to be our starting point guard, whether it's gonna be John Lucas or Trey Burke. And I think there's gonna be a helping, and a supporting, but at the same time, a pushing, at also saying, "You know
what? I want those minutes as much as you do." And that's gonna be a healthy competition going on.

http://jazzfanatical.wordpress.com/2013/08/29/bits-from-randy-rigby-interview-828
What will your reaction be if JLIII starts in place of Trey the lottery pick Burke?
Personally I think it's kind of ridiculous that we have to worry about such a thing. I mean would we be worrying about this if we had ANY other COACH in the league?
Diana, Diana Jerry Sloan started Milt Cap'n Crunch Palacio instead of Deron ' Thats Why I Signed for Three Years' Williams.
Yes, yes he did but he apologized said it was a mistake, corrected it by midseason and Deron still got good minutes.
Jerry did start Deron his second year, third year etc unlike Ty with our C4 who are NOT rookies anymore. Anyways this isn't about the Core Four its about Trey and we don't know who's going to start so I'll just SHUT UP now.

Another Dennis Lindsey brainchild?
Now what we're going to be doing in the month of September that is something new, is that we're allowing, what's called an "open gym." And we're using Zions Bank Basketball Center as a place at encouraging our players to come. And
we're hearing very good response of the, our players wanting to come and participate at working out together, then, in this open gym environment, during the month of September. And most of our players are going to be coming back to
Salt Lake City early, and then kind of doing some more time playing together. And I think with a young team, that's very important, that we seeing these guys come in and interacting and playing together, in some kind of structured 3-on-3 or 4-on-4, 5-on-5 basketball.

So in some jersey news: Paul Millsap has changed his number from #24 to #4. It looks so so weird, our condolences are with Shandonfan. 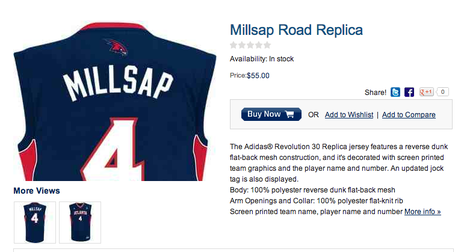 And I randomly found this yesterday and thought it was fun to share knowing that maybe some of you may have had a crush on Alyssa Millano at some point in your life. 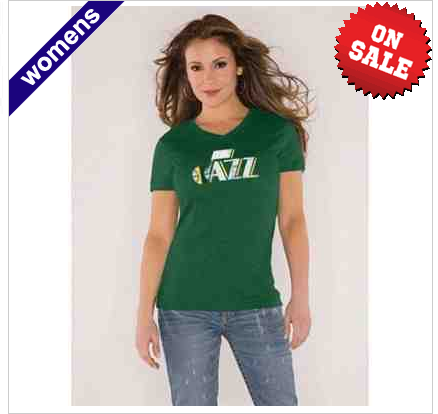 Last night my best friend and I were doing what all girls do in their spare time. My BFF and I were discussing the Jazz and specifically training camp. We are both super excited for the Jazz season to get started. We can't wait for media day.

We talked last night about where a fun place would be for Jazz's training camp especially during the Sloan years.

Where do you think would be fun? Also if available would you pay to watch training camp like a PPV kind of thing?