NBA Draft 2014: Andrew Wiggins, and the mystery of the cosmos has sealed our fates

Share All sharing options for: NBA Draft 2014: Andrew Wiggins, and the mystery of the cosmos has sealed our fates

Synchronicity, numerology, astrology, fate, chaos theory, and just plain luck – what do these random things have in common? Well, before we get to the end of the story we have to start at the beginning. I don’t mean the beginning of time, or this planet, or basketball even. Sheesh, get a hold of yourself, I’m not Carl Sagan. I’m just a blogger. We need to start at the beginning . . . of things getting interesting. And as a basketball fan things started to get really interesting in the 1980s.

Disco was on its’ way out, the afro was still kinda in, Bill Cosby, Ronald Reagan, and his Holiness the Pope John Paul II were all at the tops of their games. The 80s is where trends and marketing came together and made a baby. And the hot side stayed hot, while the cool side stayed cool – just ask Jason Alexander pre-Seinfeld. (Also for you kids out there, there once was a material called Styrofoam… but that is a tale for another day…) The 1980s brought us the legendary Magic Johnson / Larry Bird rivalry. It sustained the NBA after all the bad press from being labeled a league filled with drug addicts and criminals. Marketing changed all of that – but in the 80s the NBA finally started to crawl upwards in popularity.

The Utah Jazz, who had only a few seasons prior been on shaky ground, were trying to remain interesting. They drafted a woman player for shock value. Their head coach was a huge personality who once ate a hot dog and drank a beer during a game. And despite being really bad for a while – they never quite got to the top of the NBA Draft mountain. They were really, really close once when they got the #2 pick in 1980 and picked Darrell Griffith. Dr. Dunkenstein was a really nice player, a four year guy from Louisville who averaged over 20 a game in college. He won the Rookie of the Year award in the NBA, but was never an All-Star. A nice player, a for sure starter, but not really a franchise changing guard. Right now the ELO ranking has him between Mike Miller and Larry Hughes at the basketball-reference.com site.

Who went #1 that year? Former All-Star Joe Barry Carroll. He wasn’t a game changer either over his career, and perhaps 1980 was just a dud year. Perhaps I will allow that point of view, but the celestial, universal, greater point is that the Jazz won 24 games that year and still didn’t get the first pick in the draft. That #1 pick has eluded us for decades. Well, not exactly. The Jazz should have had the #1 pick in the 1979 draft and received ultimate game changer Magic Johnson – but fate cheated us out of that pick. Magic went #1, and we were stuck with the #20 pick – Larry Knight who never played a minute in the league. How did we lose Magic? Well, back in the day if you signed a free agent from another team you had to give them something back. Because we signed Gail Goodrich on July 19, 1976 we had to give back an arranged compensation back to the Lakers – which ended up being a ridiculous ransom of four 1st round picks (’77, ’78, ’78, ’79) and two 2nd round picks (’77, ’80). Frankly, that’s some large market BS. If the Jazz gave up only 3 first round picks and 2 second round picks as "compensation" the Jazz would have had Magic Johnson. Nope. Fate wouldn’t have it. And the closest we would ever get to the #1 draft pick again was #2 Darrell Griffith –one year too late.

Fate is cruel and unfair. But like all women (insert your own Ed McMahon "Hiiiiyooooh!" here), fate can come around and surprise you. You may never understand it, but a strange collection of moments, connections, and relationships may change your life. And this is where numerology and all that other Jazz add up to the Jazz-Bible Code thingy I’m about to drop here.

Utah spent the rest of history trying to maximize their draft picks – some were hits, some were misses. In 1982 the Jazz got their first #3 pick, and picked Dominique Wilkins – but fate made us trade him away. But ‘Nique is a HOFer. Our next #3 pick was Deron Williams, who is one of the best point guards in the game and a multiple time All-Star, All-NBA, Team USA guy. If he has a good career and wins a ring he could be HOF bound as well. Our third #3 pick was Enes Kanter, who looks to have a monster year. Fair to say, we’re 3/3 on #3 picks. Sure, we could have picked other guys there too who were good, but we have zero busts there. The next highest the Jazz ever picked after Griffith, Nique, Deron, and Enes was . . . lucky #7.

The Jazz have picked at #7 twice. The first time, back in 1975, was for Rich Kelley. Kelly wasn’t drafted in the 1980s, which we look at as the critical "interesting" period for this dialog. Do you know who WAS drafted in the 1980s? Thurl Bailey. He was pick up at #7 in 1983 – one year after Nique. Nique wore #21, and that divided by three gives you #7. Thurl wore #41 in his career. You can’t divide 41 by three, so screw you 41. Forget you, crappy numerology never working correctly!

So we have Thurl, Big T. He was a huge part of some of our better teams. While he never was an All-Star he did average 19+ ppg two years in a row. (Aka: he was on the floor with John Stockton starting for two years in a row) We made the playoffs a lot with Thurl, but he couldn’t get over the hump. So we traded him. Who did we trade him for?

The Jazz traded him, plus a second rounder, to Minnesota for a one: Tyrone Kennedy Corbin.

Before you jump off a cliff because this looks like a product of diminishing returns from Magic Johnson to Dominique Wilkins to Thurl Bailey to Ty Corbin . . . recognize this: sometimes you gotta do the long play and trick fate into going out on a date with you. Fate, like all other women ("Hiiiyyooo!"), can sometimes be bamboozled.

We switch from numerology here to look at astrology, because Ty sucked ast at times on the court. Ty was born on December 31st, making him . . .

Capricorn is the 10th astrological sign and spans the 270-305.25th degrees of celestial longitude. It’s an introverted Earth sign and ruled by the planet Saturn. The symbol for Capricorn looks exactly like Coach Tyrone Corbin’s out of bounds play. 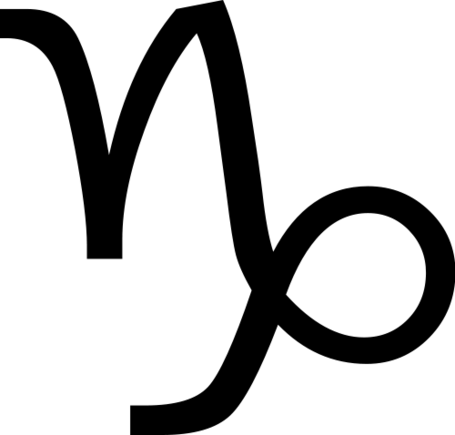 But we’ll get to coaching later – right now we’re interested in Corbin as a player. He started his career back on November 14th, 1985 – which was the 30th birthday of bigman Jack Sikma. Sikma, who was a seven time All-Star and NBA Champion back in 1979, wore number #43. Which is 2 more than Thurl Bailey – but we’re done with the numerology part, it’s bunk science. Go on! Get going now, Numerology! We’ll call you when we need you.

Sikma was a high draft pick and it seems like the main code here is to stick with the draft. For as a small market team in an undesirable location – our very fate seems to be related to the draft.

Ty’s first game was during the constellation Scorpio – but like a lot of NBA players, their careers first exist even before they are picked. Many "people" are traded years and years ahead in some Daoist determinalistic way as draft picks. After all, this is how we lost Magic Johnson years before he was even in college. Two years before he was picked Ty was traded on January 24th (Aquarius) with another pick (who turned out to be Sidney Lowe – which is too freaky to even get into) for the Bullets signing Ricky Sobers as a free agent (and the Bulls got these two "compensation" picks). Then the next year, on August 10th (Leo) he was traded again with two other draft picks to the Houston Rockets for Caldwell Jones.

So we have Capricorn, Scorpio, Aquarius, and Leo. Which is only like, what, only 1/3rd of the year. But if you chart those four signs on an astrology wheel and look at what they point to you get . . . uh . . . I clearly have reached a dead end here. So let’s go back a step.

Well, we know that Ty has a special relationship with these fate-teammates – guys he was traded with before being drafted. Sidney is on his coaching staff now. Let’s look at the second trade before he was drafted. So Ty’s second pre-draft trade he was traded for Caldwell Jones. He was traded with two other future draft picks. Who were they? They were Michael Payne (1985 3rd round pick), and Mitchell Wiggins (1985 2nd round pick). Payne didn’t play in the NBA, I think he went on to be "cockroach" in the Cosby Show, so that only confirms that this is the right path, since we’re keeping it 80s.

Mitchell is probably most known for playing in only 6 seasons over his 9 year career – he missed three dude to substance abuse suspensions from the NBA. So, like the Cosby show reference earlier this now gets us to the 80s and the druggie league image problem it had. We totally ARE on the right track! Well, Mitchell had a few good seasons, and his Per 36 stats are pretty amazing. He was pass over for not getting his act together – it’s too bad he played in a time before advanced stats because he looked a lot more effective this way. But Mitch faded into obscurity before he was able to make a professional connection with Ty like the other two guys Ty was traded with did (Ty shares a bed and breakfast with Payne).

But all of that is going to change next season. Why? Because fate will be tricked through celestial alignment, pre-determinalism, astrology, numerology (Seriously, no one cares about you #41!), and old fashioned tanking into making everything go right.

We’re going to get that #1 draft pick – the one we’ve been missing since 1979 (35 years later) – in 2014. It’s destiny because his dad was traded with Tyrone Corbin and Cockroach from The Cosby show back in the 1980s before they were even players for Caldwell Jones. And the other dude, Cockroach, Michael Payne? Wiggins married Marita Payne, and their child is Andrew . (Marita Payne was a two time Olympic silver medalist for Canada in sprinting) And we’re going to draft Andrew Wiggins. Ty finished his career in Toronto, and that is where Andrew was born. And Sidney Lowe is on our coaching staff. And something something Thurl Bailey.

And Dennis Lindsey who planned all of this. Ty’s last game was during the sign of Capricorn, Andrew Wiggins is on the Capricorn cusp. It’s all lining up!

What? Ty was actually traded three times before being drafted? Oh, it was for John Lucas – and now he gets to coach his son John Lucas III? Oh. See! SEE!

So Utah Jazz fans -- the 2013-14 season may look a little rough, but in the big picture, the long form play to get back the #1 pick we deserve will finally pay out in the end.