Calculator Fun, or How I Learned to Stop Worrying and Love the Wins

Trey said that talk of tanking is insulting to him and the other young players. Perhaps they should be insulted. Let's see why.

Share All sharing options for: Calculator Fun, or How I Learned to Stop Worrying and Love the Wins

There's lots of talk about the Jazz, losing, the angst of wins, the need for a star, the upcoming draft, and all sorts of related stuffs. Yes, that's plural. Lots and lots of stuffs.

As has been well-established, I am pretty much anti-tank. If the Jazz lose a lot, I know it's okay because (a) the roster is about as shallow as the Great Salt Lake during a drought, and (b) it happens to be a stellar draft with many great young guys with lots and lots of potential.

But at the same time, I cheer for wins. I consider a .500 record post-Trey to be fantastic and portending great things for the future. It's how Dallas began its run of 50-win seasons and championship in 2011. I don't happen to think a .500 record is a guarantee of ongoing, multi-year mediocrity. I don't think gaining an 8th seed is a bad thing.

It all depends on the context.

And with our team's context, I'm totally hung-ho.

Still I hear worrying. Worrying that the team is winning too much, that this will sabotage the team's ability to get a star in the draft, and so forth.

What do you call a SG putting up these numbers?

You call that an All-NBA SG. There are exactly two other SG's putting up that kind of production this year: Dwyane Wade and James Harden.

That, friends, is a star.

And that, friends, is Alec Burks' per-36 minute production A.T. (After Trey).

This is a fun game, so let's look at some other fun numbers.

How about a PF doing this?

That's Enes Kanter's production since coming out of his funk.

How about a SF/SG doing this?

What other wings put up that kind of all-around game? Wade and Durrant. That's it.

These are, of course, Gordon Hayward's A.T. numbers. His last ten games have been even more ridiculous:

I'm not done yet. Let's look at a certain, as of yet unnamed, C:

Since I'm sure you have no idea who this is, I'll give you a hint: Al Jefferson could only dream of this scoring efficiency.

You're stunned, I know.

And the list of guys doing this at the C/F spot is: Pek, the Unibrow, and Dwight. AKA, this is, yet again, star production.

(I'm not going to go over Trey's numbers. Since all of his play has been, by definition, A.T. And he's been pretty consistent: lots and lots of great stuff but he still can't seem to hit a shot from the paint to save his life. Basically, I can't reveal any hidden stuff you don't already see from his numbers at basketball-reference already. And Trey's ability to go from good PG to star production basically depends on him learning to hit the floater and mildly contested layup. I'm hoping we'll see this next year.)

So just write in these numbers from here on out, right?!?!

That's not the point.

These are stats from relatively small sample sizes. Even J.R. Smith had a hot 30 games. These stats aren't even all the way real … only Gordon's actually playing 36 minutes per game.

We don't know what will happen to Burks once he finally gets to start at SG and play 36 minutes per game—though if that five-game stretch during Gordo's hip flexor issues is any indication … then … damn!

And Kanter didn't exactly set the world on fire when starting at C and matched up against Pekovic.

And as for Favors … we can't … well … okay, just suck it. He really is this good. Bank on it. Except he needs more shots. So there.

So what is the point?

Well, we have to remember something. Our beloved Jazz team tried to do something unique this year. I don't know if it has ever been tried before. It promoted five young players to hugely bigger roles and bigger playing time all at the same time.

It was always going to be a mess at first. And it was exacerbated with Trey out.

I said something during that awful 1-14 start, and I'll repeat it again and again, because I think it's important: the greatest fallacy was to assume that what we saw in November from these guys was going to be the same as what we would always get. I believe that what we see from here on out, during the last half of the season, is going to be far, far more indicative of who these guys will be for the rest of their careers.

But I'm digressing. Ha! Even that paragraph above isn't the point.

So what's the REAL point?

Don't worry about wins. Don't worry that if the Jazz keep playing like this, they'll lose out on the Jabari dream.

If the Jazz keep playing like they have lately, and they do so for the rest of the season … well, rejoice! It means that Gordo and Alec and Derrick and Enes really are as good as these recent numbers suggest!

It means that we DO actually have stars. As in multiple. As in plural.

It means that once we give them the roles stars deserve, build a roster WITH depth (and preferably with a very competent backup PG … hello, Neto!), give them an additional year to #KeepGettingBetter, and create an actual, genuine, bonafide working NBA defense … well, lookout!

Basically, the Jazz CAN'T keep winning like this unless these four guys keep producing numbers like this (certainly not with this year's defensive game plan).

Winning isn't voodoo. It doesn't happen because a witch-doctor comes in and dances at mid court, magically conjuring up the numbers that make up the final score.

It happens because the players do stuff well and outplay the guys on the other team.

But I'm SURE the numbers are wrong! They're NOT STARS!

Then their production will come crashing back down to earth real soon, and they'll lose the hell out of March and April. I'm serious … look at this schedule. I have a hard time seeing even 10 more wins with any regression from the young guys. I'm not sure the team will get 15 more wins even with the young guys playing like they have. Things are going to get very tough very fast.

And if those numbers above are a mirage? The tank will be cruising along I-80 to the draft lottery in New York at about 95 mph.

But if I'm right … and occasionally I am right … and the tank dies, don't fret. Look at the context, and look at what the young guys have had to play like to stall that big momma. 30-35 wins and the 12th pick in the draft won't be the worst thing that could happen. It would not be just a guarantee of another decade of mediocrity. Do you realize how good the young guys will have to play to get to that win total? They have to play like … well … those stats I posted up above. Which is All-NBA level production.

The future is bright. So enjoy every minute. Even if that means the team wins some games. 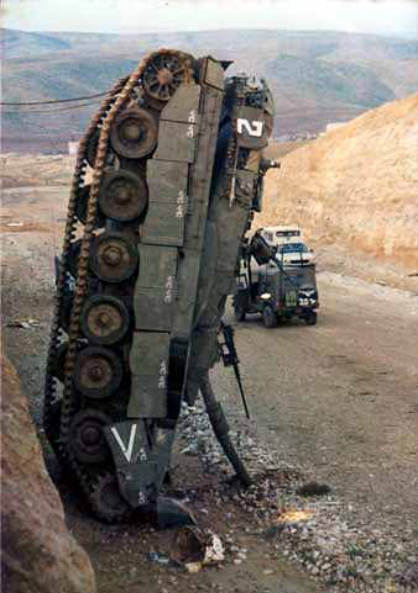