Utah Jazz Training Camp Roster Update, and who do you cut now?

Share All sharing options for: Utah Jazz Training Camp Roster Update, and who do you cut now?

The Utah Jazz cut Kevin Murphy and Dee Bost (full post here), so what do things look like in camp still?

Who they are, how young they are (on Halloween), and their ranks based upon NBA Career minutes per game average. 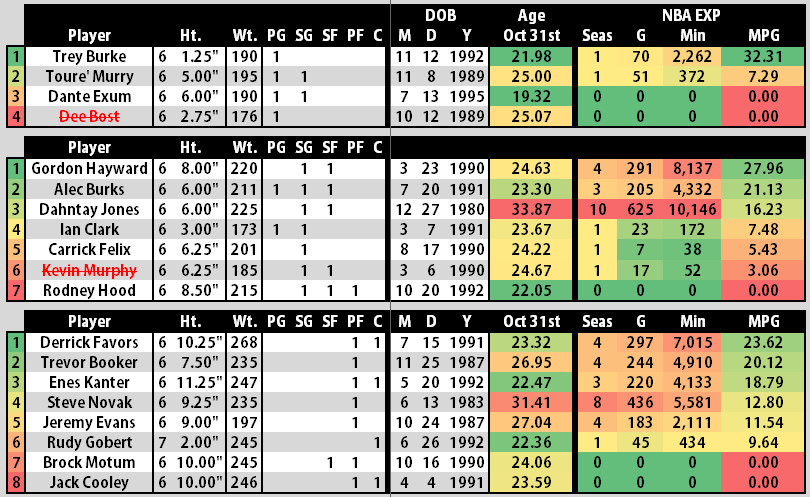 If you have been following along, we just broke down the last 16 Utah Jazz rosters to find out what was normal. What we did find out is that it's normal for the Jazz to have 3.38 point guards, 5.94 wing players, and 5.75 bigmen on the roster. So if the rounded idea is 3 - 6 - 6 that works out to a 15 man roster. That means expect two more cuts, and I could guess where they will be coming from (hint: there are 8 bigmen on the roster right now). I don't know if the Jazz need 15 guys to start the season with, so it is likely that one more guy could go (they like to maintain flexibility and an open roster spot). That will be looked at more deeply in the "training camp battles" section.

This is essentially how they got here. Please note that some of these guys played at more than one high school, or more than one university. I kept the more important one here, but some connections exist that are not overt -- like Dee Bost and Rodney Hood being former team mates during their lives leading up to the NBA. 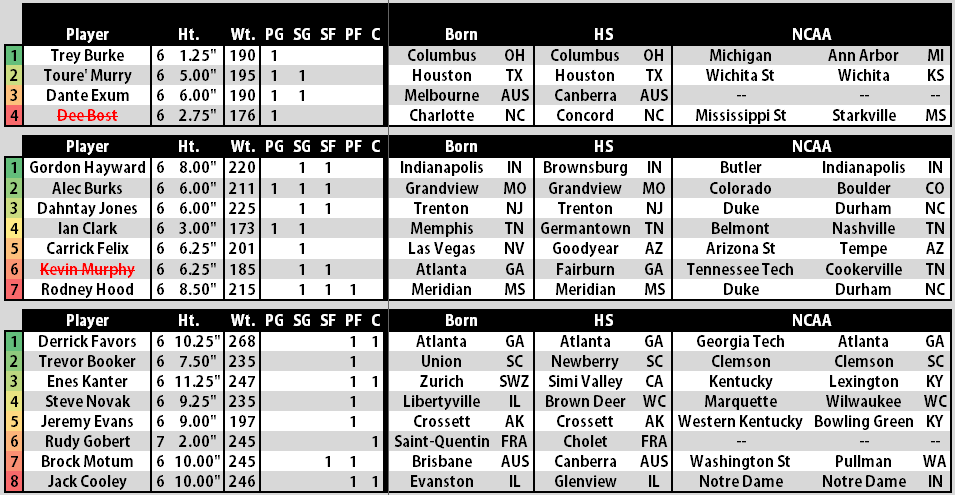 The most overt connection here is that there are two guys from Australia, and then that there are a bunch of guys from the South. Texas, Arkansas, both Carolinas, Kentucky, Mississippi, Georgia, and Tennessee are all in the house here. (I guess for me "The South" really starts a bit too high for others.) Oh, and just a note, "Wilwaukee" isn't a real place. But Milwaukee is. I've been there once for a Jazz road game.

Sometimes it's not what you know, but who you know. And in the case of Dee Bost, again, perhaps this is it. He was a former team mate of Rodney Hood, plays for the Jazz NBA-DL affiliate, and has the same agent as Enes Kanter. For reals. 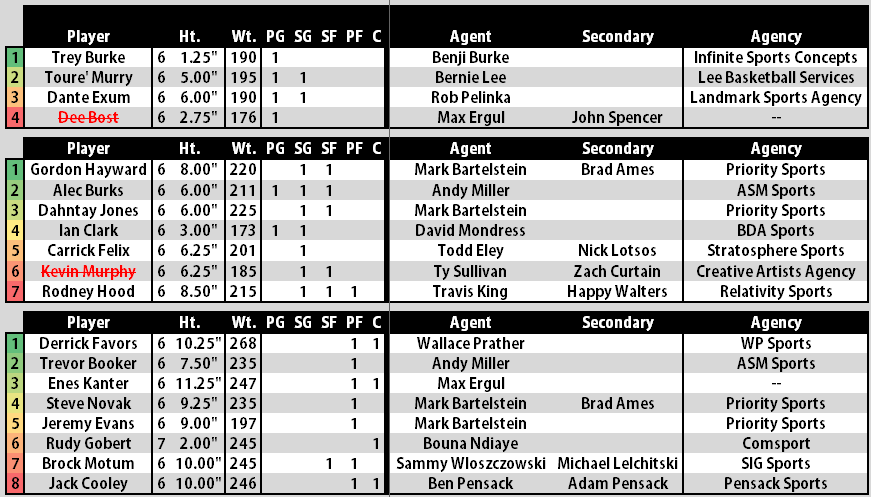 If you care about Priority Sports' hold on the team you'll be quick to point out that they represent Gordon Hayward, Jeremy Evans, Steve Novak, and Dahntay Jones. So, if they have any significant pull, you may see Danhtay Jones on the Jazz this year for realsies.

Using the Jazz 15 man model of 3 - 6 - 6 (based upon their actual roster breakdowns from the last 16 years) everyone who kind of matters gets to keep their spot on the team. But let's say you are the GM:

For me, clearly, I go with 14 guys and cut Motum, Cooley, and Jones. But I'm biased against, uh, people? White people? Duke players? I don't know now. I need to re-read those accusatory e-mails I got this weekend.