I found out recently that there is an NBA player that desires to be traded to the Utah Jazz.

The player is currently on another small market team, but has previously played on two large market teams. Below are some of his career stats:

He came into the league as a point guard, but, since he is 6'7" and 250 lbs, he can play the 1 to 3 spots and can play the 4 when going up against certain Eastern conference teams. He's also a decent free throw shooter, having a career free throw percentage of .840.

The downside is the player can be a bit of a black-hole; while teammates consider him a bit unpredictable. There's not a three point shot that he wouldn't take; some might say he has no conscious when taking shots. Additionally, his pure point rating is a negative (.9%).

The upside is that the player is only 23 and has proven he can light up teams and take over games.

The player is a three-time All-Star, and has already won numerous awards such as:

Rookie of the Year

He demanded to be traded to the Jazz, but his team couldn't work out the details so he was traded to the Spurs for Lebron James instead.

Who is this player? 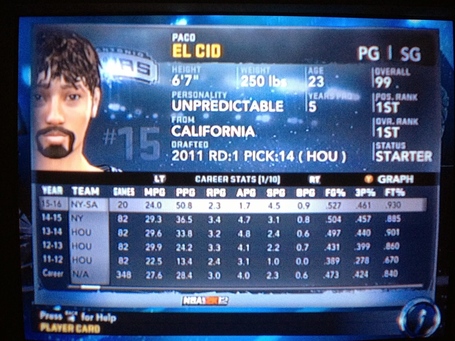 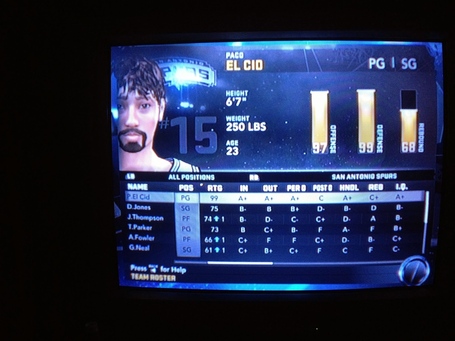 Below are some advanced metrics (note the usage rate of 79.3%): 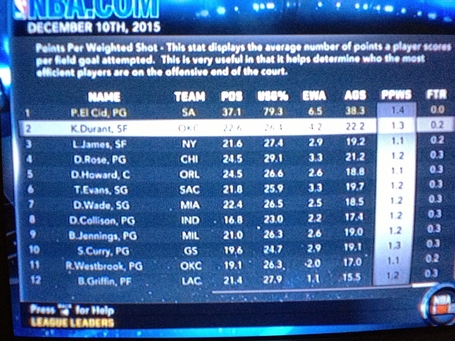 Here are some more advanced metrics (this time note the PER of 71.8): 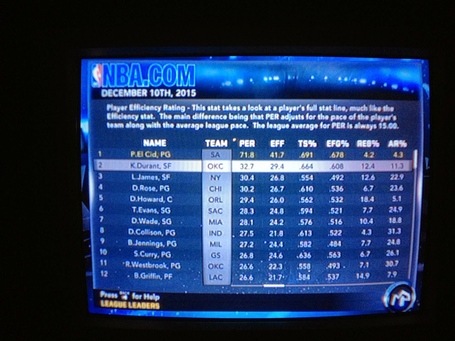 I probably should spend some time developing my passing game and learning the plays the computer wants me to run - but hero ball is just so much more fun!

What else did I do this Summer? I found this creepy McDonald's mural: 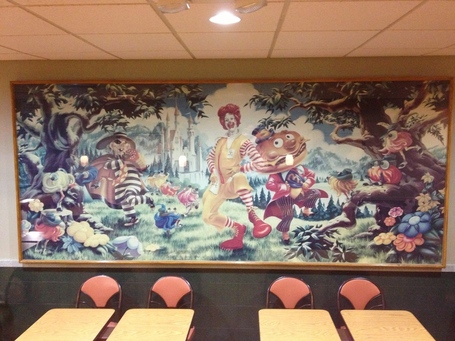 And I met these guys at the NBA Summer League in Las Vegas: 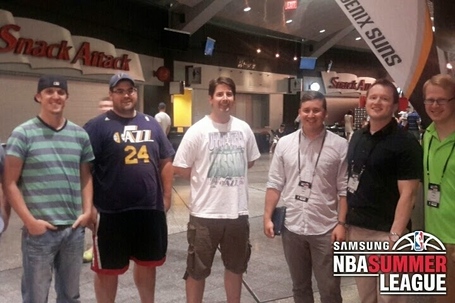 I'm the guy in the middle nobody wants to stand next to - pretty sure it's because I was wearing that Utah Jazz on an NBA Mission shirt with the Mountain logo (my only Jazz clothing; I received it when it was new as a gift - see conversation about cheap above.)

Would you trade for Paco El Cid?