Share All sharing options for: The Downbeat #1297: Approved Message Edition

Let's get to the fun stuff first, shall we? Karl Malone made a guest appearance on the broadcast last night. He is the Justin Timberlake to Harpring and Boler's Late Night. Anytime he jumps on the broadcast, stop what you're doing and enjoy the show. Tonight's edition brought us such memorable quotes as:

"Contrary to what we might think, he [Burke] is our point guard."

"I love the combination when Kanter and Favors are in there. I just do."

"I would double dog dare you to play me with a munchkin of a small forward."

"He [Hayward] should play like that more often." (After Hayward attacks the rim)

Enjoy the tape courtesy of the best in the business, Moni.

Marc Stein updated his weekly Tank Rankings. Somehow the Jazz didn't rise in the rankings even though they lost to New York and Milwaukee, but whate'er.

There's still hope, Jazz fans! After playing essentially .500 ball the past few months, the Jazz really started to struggle again in February and have won just three of their past 11 games. They play a pretty tough schedule over the next few weeks. If they lose a bunch, they could still be in the running for a great chance at a top-three pick in this draft.

The Jazz are heading in the direction of a shiny new draft pick. WIGGINS WE'RE COMING FOR YOU! 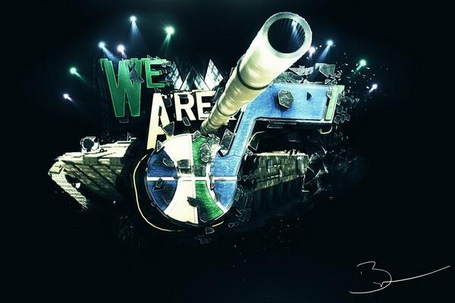 Richard Jefferson had a dunk last night that made me wake my neighbors up. Take a look. Skip to the 1:00 minute mark.

Karl Malone was sitting next to Greg Miller the entire night. If you acknowledge their feud a few years back this is a big deal.

Yes, I know Karl was hired as the team's big man coach, but that doesn't mean Greg has to put himself in his general vicinity. These types of things are poignant when you put Tyrone's expiring contract in perspective. No, I'm not saying Karl Malone will be the next head coach nor should he be. (Though my mouth waters at the post-game quotes). But Karl was one of the best power forwards to play the game. In this blogger's opinion, he is the best power forward to ever play the game. Karl Malone believes Enes Kanter and Derrick Favors are both power forwards. Honestly, that argument holds some weight.

If you're Greg Miller and you have a decision looming whether to go forward with Tyrone Corbin or to bring someone new in wouldn't you want to glean Malone's mind on what worked best for him as a power forward considering that two of your best players on your roster play the same position that Malone played? It would seem to make sense. Kanter and Favors could tie up the Jazz's spending potential for the next 5 years. It would behoove all parties involved if they had a coach who could maximize the potential of those two big men when the premium for quality big men is so high.

chance of winning the lottery. HOOOOOOOORAAAAAAAAYYYYY!