The Downbeat #1291: The Tank Doth Gain Speed, My Captain Edition

Tank news and an ode to this season.

Share All sharing options for: The Downbeat #1291: The Tank Doth Gain Speed, My Captain Edition

While the Jazz's blowout loss to the Bucks last night brought some immediate consequences (sadness, depression, absence of love, absence of life, darkness, pain, lots of pain), it did bring about some excellent long term consequences.  The Jazz now hold the 8th spot in the lottery.  The road to a high lottery pick only looks bright when viewing the Jazz's March schedule.

After this stretch the Jazz could go anywhere from 2-13 to 5-10.  Some of these teams are teams in the playoff hunt and others are bad teams that the Jazz will be playing on the road.  In other words, the perfect tanking storm.  This will be interesting to watch, and could propel the Jazz to a high lottery pick come May.

I put next to each game the possible record of Golden State with these games.  I think that Golden State could go as high as 17-6 over this next stretch but that also requires Memphis, Phoenix, and Dallas to go worse than 17-6 over the final stretch of the season.  Here's the opponent's win percentage of Memphis, Golden state, Phoenix, and Dallas for their remaining games.
Out of the teams remaining the Warriors face the easiest competition.  Mavericks have an uphill battle.  How many road games does each team have left?
This actual is a pretty interesting race.  Anything could happen and we know that one of these teams will not make it.  They are all really good basketball squads.  So it's not who will lose steam at the end, it's about who will be the worst of the best.  If that team ends up being Golden State, the Jazz could be reaping the rewards of karmic revenge.

If the Jazz were to end the season at the #5 spot in the draft and the #14 spot, who would be on the board at those positions?  Here's what DraftExpress.com is saying.

It should be noted that at #14 Dario Saric could still be available and so would Doug McDermott.  If the Jazz land a top 5 pick then they would have a lot flexibility with that Golden State Warriors pick.  They could make it available via trade if a prospect free falls from the top 10 (looking at you, Julius Randle, Aaron Gordon) or they could reap the rewards of one of these guys falling out of the top 10 and take the player themselves.  While cheering on losing feels so wrong, if the Jazz do fall in that top 4-5 range then the Utah organization will have a great foundation to build itself from.  It could change the future of this franchise.  That last sentence is not a hyperbole, either.  It would be a franchise moment for Utah. 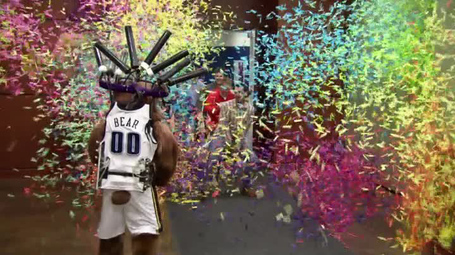 The season is wrapping up.  There are less than 22 games left in the season and I think the feeling of acceptance with this year's team is starting to set in.  I had a great hope that the young players would get many minutes playing with each other to at least know how they worked together.  Barring a complete reversal, that won't happen.  But I've accepted that.

I've accepted that Gordon Hayward isn't the type of player who'll be able to put a team on his shoulders.  That's okay.  There are only a handful of guys in the league who can.  If Gordon Hayward ended up becoming that guy it would have been a great luxury.  But since he isn't then that means the Jazz were horrible for a reason and that reason was to get a player who could be that alpha scorer.

I've accepted that Kanter will most likely play average to good defense and that's his ceiling most likely.  Do I wish that he could improve?  Most certainly, but we've seen a lot of big men incapable of stopping the common cold grace a Jazz uniform.  They've been great and one of them, Carlos Boozer, even was an integral part of a Western Conference Finals run.  So it's not the end of the world.

I've accepted that Corbin is a flawed coach with his unique set of strengths.  After 4 years of watching him coach, I know he can get the most out of players who seem to be on their last legs.  He gives them extra life.  That's Spurs-ian, almost.  That's pretty cool.  Unfortunately, he still relies upon veterans.  It's his comfort blanket.  He struggles with out of the timeout plays (or calling timeouts) and sometimes doesn't get the respect he deserves from referees (or fans).  He's a flawed coach.  It takes a lot of work to get to the highest level of coaching.  He's put in his time.  I feel like the oft quoted line from "A Knight's Tale" fits well here.  "You have been weighed, you have been measured, and you have been found wanting."  In business, patience is a virtue but not a requirement.  Four years is a long time and Tyrone Corbin has been in almost every situation a coach can find himself.  I don't despise him nor do I believe he'll be in the canon of great coaches.  He was a coach.  Not a great coach.  Not a bad coach.  Just there.

Years later, I lived on that block.  As a kid, that was the place to ride your bike and meet up friends. In the parking lot of an abandoned grocery store at the end of the street was where most of my childhood occurred.  It was an eyesore, yes.  It wasn't really the greatest thing to add value to the neighborhood.  But it served a purpose. It wasn't bustling with customers.  Instead it was filled with customers children in the parking lot popping wheelies on the bicycles.  It was the meet up spot for teenagers on a Friday Night.  It served a purpose.   It filled in the space until the owners of the property found a new and better use for the land.

That time came when I was 15 and they bulldozed the abandoned grocery store and the parking lot.  A housing development was put at the end of our block.  The hub for my friends and I's bicycle retreat was gone.  The teenage hangout spot gone.  In its place were two story starter homes that indeed filled a better and more correct purpose.  Property rates rose, the neighborhood didn't have an eyesore, and new neighbors moved in.

My friends and I ended up changing our bicycle riding venue.  We would ride to the park that was a block further to the south.  We'd pass by the old lot, now remodeled, and remark about how we missed our abandoned lot.  Even though it wasn't exactly Smallville, USA it served a purpose.  In the absence of a designed purpose, the environment and the people around this lot made a purpose for it.  I learned how to ride a bike there.  Start a club.  Gained friends.  I had made a purpose for it even if there was no purpose.

Back To Tyrone Corbin

Tyrone Corbin is that abandoned lot.  It was never designed for Jerry to leave the way he did.  Ty Corbin might not have been the lead for that job but he ended up receiving it.  Fans have tried (and failed) to give him a purpose.  Whether that has been development, win now, or just live up to his predecessors.  The truth is he's served a purpose.  He was filler.  That isn't a bad thing either.  There have been some fantastic memories with Tyrone Corbin over the past few years.  One of which being Big Al's first journey into the playoffs as the leader of a team.  Seeing Gordon Hayward rise to be a leader from a rookie.  Veterans become vital pieces of the team.  MoLo and on and on and on.

It's been fun.  But sooner or later that lot's owner is going to find a new direction and seize it.  It wasn't the empty lot's fault.  It is what it is.  No one plans to have an abandoned lot.  It doesn't have a future, just a present.  In that present, the fans around it will create its purpose and how it will be remembered.  Most likely, I assume, the Jazz will have someone at the ready to replace that empty lot.  At first, it will be fun and new.  It might even take the Jazz to successful plateaus.  But every once in a while, we'll look back at these years with Tyrone Corbin with a smile and say, "I miss that place."