Game Thread: Utah Jazz at Denver Nuggets -- The Struggle at the Summit

Share All sharing options for: Game Thread: Utah Jazz at Denver Nuggets -- The Struggle at the Summit

This is the second to last road game for the Utah Jazz, and it's up against the Denver Nuggets. This will be the struggle at the summit because both of these teams have had crappy years. I'm not going to go into it much because, well, you know. Denver had injuries. Utah had a bad roster. Both teams are going to the lotto. Denver is still injured but playing better (on a 2 game win streak against vs HOU, and @ GSW somehow). Utah is playing better, but still losing.

I still have no clue about Lawson tonight, or Rush. But I know Marvin is out. 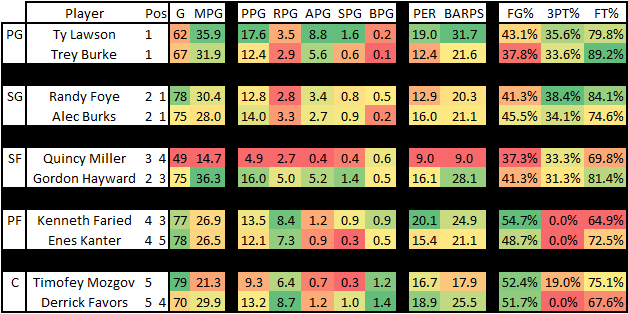 Utah played last night, they didn't. Maybe that'll be all that it takes?