This season will be the 30th year of the NBA Draft Lotto. The Utah Jazz have the fourth seed in the lottery. How well will they do?

Today the Utah Jazz defeated the Boston Celtics, and gained 'full control' of the 4th seed in the lotto draw. The information is here in full, or if you are lazy, you can just look below to see some of the details.

How well does the #4 seed actually do in the lottery? Well. In the last 29 seasons of the lotto we have a pretty interesting (hipped) distribution. How does it compare to the probabilities that the #4 holds (in a 30 team league)? Well . . . it's good and bad. 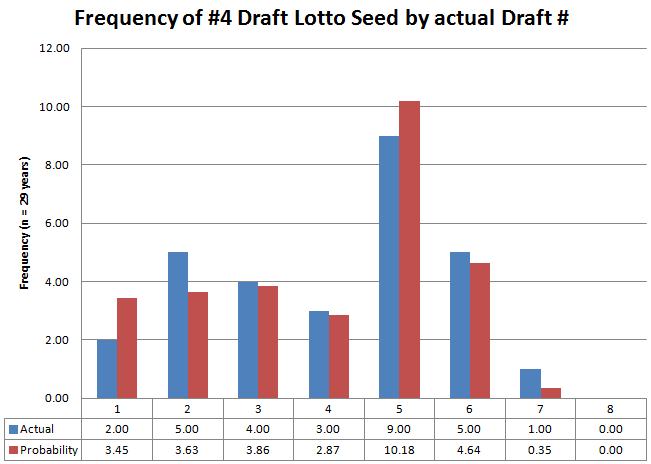 The times where the #4 seed won the lotto, they picked David Robinson, Larry Johnson, and Anthony Davis. When the #4 lotto seed becomes the second pick in the draft, Danny Ferry, Mike Bibby, Stromile Swift, and Emeka Okafor were selected. As you can tell, there's some variation there.