NBA Draft 2014: Historical look at the Top 5 picks, and where their teams came from in the lottery

No really, this is fascinating

Share All sharing options for: NBA Draft 2014: Historical look at the Top 5 picks, and where their teams came from in the lottery

I warned you all that it was going to get really drafty in here. Well, with the Utah Jazz likely to finish the upcoming NBA draft with at least one pick (look guys, I went to the draft last year and Dennis Lindsey made three trades and ruined my night, so I will expect movement this year as well). Anyway, the Jazz have about an 80% chance of getting a Top 5 pick this season. Yes, that means there's a 20% chance that we will not. (That's way too high for me) Over the last 29 seasons the #4 lotto seed has had an average NBA Draft spot of 4.1. Which is remarkably good. The #4 seed in the lotto has had a number of good players find a good home.

BUT, we're trying to look at the Top 5 with the hope that we will be there. You find some very funny things when you look at the lotto seed rank (Rk), or the probability of getting that spot (%). Some cray things happen like Orlando winning the lotto back in '93 with only 1.5% chance of doing so, or even worse, Milwaukee getting the 5th draft spot from the 2nd lotto seed back in 2007. (Not a big deal because Milwaukee traded that pick to Seattle, and Seattle won the lotto by jumping up from the 5th spot to #2) 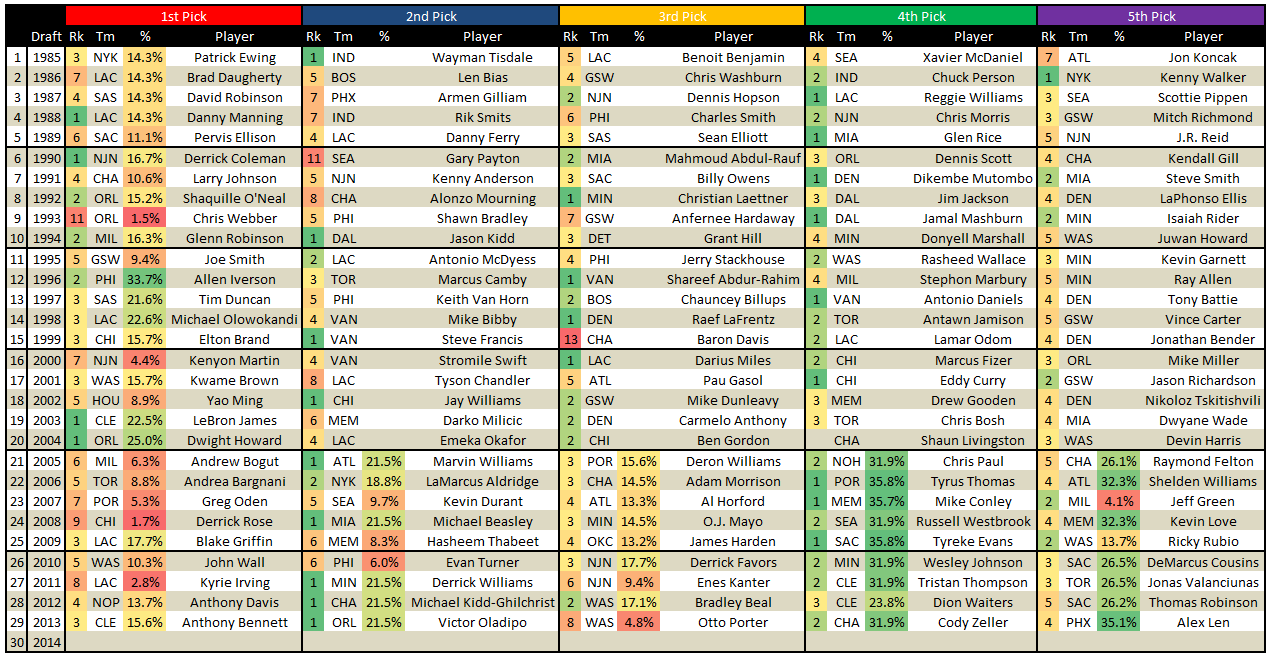 Thus, while the probabilities look okay, the practice still worries me.

Also, man, looking at these past drafts are funny.