Today the Utah Jazz made a decision on former head coach Tyrone Corbin. And that decision was to not bring him back as head coach of this team. You are free to speculate on why this happened; why it happened the way that it did; and why it happened now. You will be hard pressed to find another human being who isn't employed as a writer who has written more about Corbin over the last four seasons as I have. I'm okay with the split. I think it's going to be fine for both parties in the future. Being a nice guy is great, and I appreciate nice people.

After the announcement was made public by the good people over at UtahJazz.com the GM of the team, Dennis Lindsey, held a small press conference.

None of the Miller family attended. The online reaction was both immediate and predictable. I've summarized it all for you in this one image: 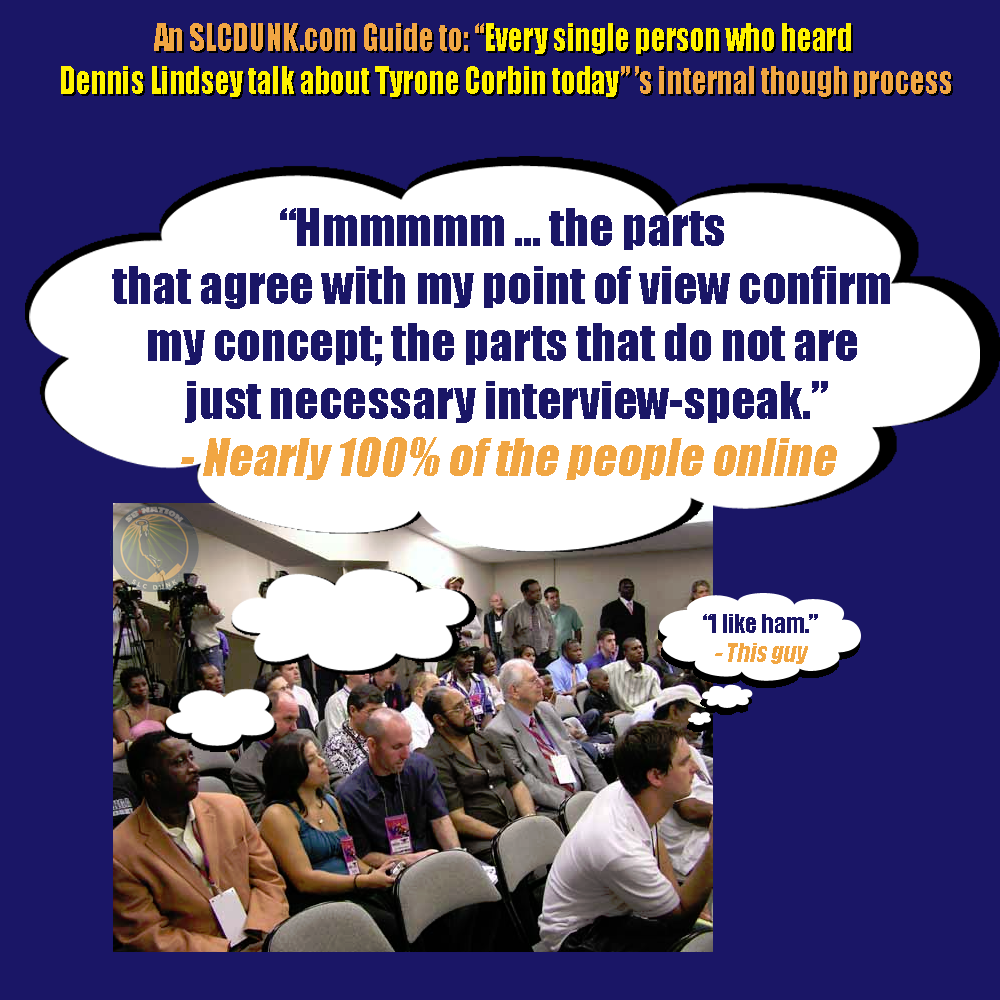 So long Ty. I don't know if the next coach will be better than you or worse than you. But I know that the Utah Jazz franchise will have many, many coaches after you. And many winning seasons in our future.