The Downbeat #1339: The Coach Edition

Share All sharing options for: The Downbeat #1339: The Coach Edition

Its been nearly two weeks since the Jazz have last played and just over a week since we learned that Ty would not be returning as head coach. Nothing much has happened since Dennis Lindsey's press conference. Its hard not being in the playoffs and having an extra long off season. I do however think this off season will be one of the most exciting in Jazz history.

A calendar if anyone wanted to countdown to offseason events: 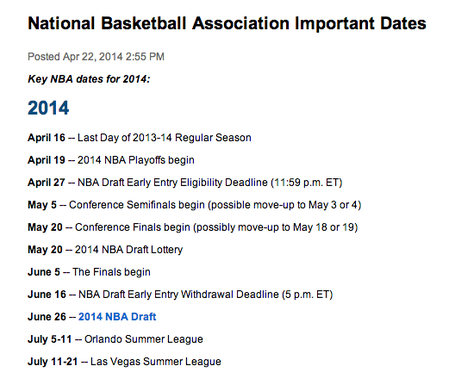 There has been discussions in some of the playoff game threads which I found interesting and thought I should bring to the Downbeat audience.

Now that we are more than 1/2 way through the first round of the playoffs, which teams stand out to you the most? With both the #1 seeds trailing their series or tied, does that say more about the #1 seeds or the #8 seeds? Mostly what team can you see the Jazz emulating to get back to the playoffs?

Atlanta set a cool record yesterday in their win against the Pacers:

Atlanta outscored the Pacers 41-19 during that 12-minute stretch, matching the second-highest second-quarter scoring total in the franchise's postseason history. The Hawks scored 41 against Detroit on March 17, 1986, and the St. Louis Hawks had 45 against Fort Wayne on March 14, 1957.

The Hawks joined the 1970 Milwaukee Bucks as the only road teams in the shot-clock era to score at least 40 points in a quarter and give up fewer than 19.

Messina, a 54-year-old Italian, is a basketball coaching legend and, after a career that has included bringing championships to teams in Italy, Spain and Russia, a perennial favorite to become the first foreign-born coach to lead an NBA franchise.

Could the Utah Jazz be the team to finally make that historical hire?

The franchise will look at dozens of candidates as it searches for the coach who will replace Tyrone Corbin and lead the Jazz into a new era. And geography won’t be a deciding factor.

"This is an international game," Jazz president Randy Rigby told 1280 AM last week. "Where we used to be a national community … the [basketball] world is now the world and we’re part of it in a big way as the NBA. I don’t think we’ll let borders interfere with that. We just have to make sure we hire the right person that matches the Utah Jazz culture, values and philosophy and has the work ethic and the philosophy we need at this time."

Further in the article from Travis Hansen:

Hansen said he believes Messina would be successful in the NBA if he ever chooses to make the leap.

Messina coached a future NBA great in Manu Ginobili at Virtus Bologna and then followed Mike D’Antoni, now the coach of the Los Angeles Lakers, after he left Italy’s Benneton Treviso.

"The guy wins a lot of games," Hansen added. "The way his teams play, they play inside-out. They’re extremely physical. They play very, very hard. He’s well known for motivating players, getting them to play beyond their potential"

I saw this on Jazzfanz. It cracked me up, 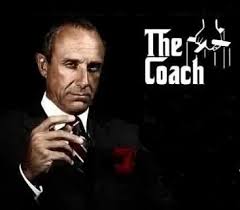 Received yet another indication that Jim Boylen remains the lead candidate in the Utah Jazz's coaching search.

It's an interesting read. Go read it because he mentions a lot of names and a lot of names that haven't been brought up among the Utah media in the Jazz's search. Its a general article not just for the Jazz but still relevant since we are looking for a head coach.

Here is what he had to say about Boylen.

Thanks to the success of Steve Clifford in Charlotte, the nomadic, 50-ish, affable, well-respected grinder has come into fashion. And if you’re looking for a prototype, Boylen might be it. Boylen, not to be confused with former Bulls and Bucks head coach Jim Boylan, sat alongside Rudy Tomjanovich for over a decade and was a lead assistant to Tom Izzo. After four rough seasons at the University of Utah -- "The guy hates recruiting, what can you say?" says a Boylen sympathizer -- he landed with Frank Vogel in Indiana, where he restored his rep as a guy who truly loves to get on the floor and work with players and isn't afraid to get his hands dirty with game preparation. "He’s been the best guy on almost every staff he’s ever been on," an NBA general manager says last week prior to Ty Corbin’s departure from Utah. "And the fact that Pop hired him gives him the ultimate stamp of approval." An owner looking for sex appeal won’t want to see a glossy image of Boylen on the cover of a season-ticket appeal packet. But there’s a strong consensus that Boylen is an extremely capable lifer who rarely has trouble connecting with players or peers.

Jack Ramsay, a Hall of Fame coach who led the Portland Trail Blazers to the 1977 NBA championship before he became one of the NBA's most respected broadcasters, has died following a long battle with cancer. He was 89.

Ramsay was one of the first to discover John Stockton. Ramsay called John Stockton "the best point guard ever in the half court and the ultimate team player".
Prayers and best wishes to Ramsay's friends and family.