2014 NBA Draft: We Were Promised Superstars

Let's try to put this season and the 2014 draft into context.

Share All sharing options for: 2014 NBA Draft: We Were Promised Superstars

You may remember where you were on that morning of July the 5th, when you peeked at your phone or computer screen and saw the tweet informing you that the Jazz were acquiring Richard Jefferson and Andris Biedrins' contracts.  Over the course of the day, news continued to trickle in, and the Jazz were being compensated several picks to take on what would turn out to be $24 million in salary, so that the Warriors could sign Andre Iguodala in free agency.

The trade was a proverbial end of the Jazz chapter at the time.  The Jazz already had told Al Jefferson that they weren't interested in bringing him back and he had agreed to a lucrative deal with the Charlotte Bobcats the day before.  But the minute the Jazz agreed to the trade and were forced to lose Paul Millsap's Bird Rights ending any chance of his return to the team, the Jazz were "all in" on the youth movement.  That was the moment that ushered in the era we are "enjoying" currently. 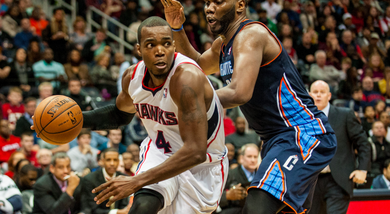 It's hard to know exactly to what degree Jazz fans have "bought into" the approach.  On social media sites and blogs, the opinion seems somewhat mixed, but mostly in favor of the "get worse to get better" plan.  But the reported 600 less ticket sales per game and the noticeable extra green seats at home games that is far larger than 600, suggests that not every Jazz fan is supportive.  I can't speak for any fan, but for the purpose of this exercise, let's just assume that the Jazz's current approach had two large incentives attached to it:

1. There would be lots of developmental opportunities, including actual playing time, for Derrick Favors, Gordon Hayward, Enes Kanter, Alec Burks, Trey Burke, and even Rudy Gobert.

2. If the team was bad at winning, and it was most likely always going to be the case, then the Jazz would be rewarded for losing with a future superstar in the 2014 draft.

I don't want to talk about point number one.  We've debated it every day for the last three seasons and I am convinced that it's nearly impossible to please a fan base in terms of playing time.  With that said, if you don't have an issue with playing time distribution of your favorite team, you probably aren't invested enough as a fan.  Mistakes and overreactions have both been made.

But what about point 2?  Eight months ago, I think it was a given and accepted fact.  It wasn't "the Jazz will be a bottom 5 team and have a chance to draft a star player;"  It was "the Jazz will get a franchise player with their top 5 pick next summer." 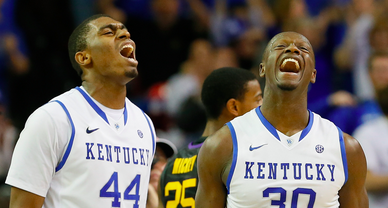 So where are we now, with 8 months of fan scouting and discussion under out collective belts?

I think we have a better understanding of the 2014 NBA draft class generally speaking.  Now we are waiting to find out which prospects will declare for the draft and which will return to college or Europe.  We can and will debate the abilities of all these prospects over the next 2-3 months, but what is the general feeling to our plan at this point?

Everybody has their own opinions of this draft, but what would make this last season we endured "worth it?"  Or is the amount of playing time our youngsters received and the things we discovered about our team, value enough?

Let's find our Jazz fan tipping point.  I'm going to ascribe a value in terms of the career of a current NBA player to each of these guys in the upcoming draft.  I'm not going to debate here whether or not those values are accurate, although you are certainly welcome to in the comment section. And just so we are clear, this is a major oversimplification of how to evaluate talent. But again, I'm not saying, necessarily, that these prospects will be like these players, but might have a similar impact.  How many of these guys are worth going through the season we just went through, assuming my value assertions are correct (and I must admit, they are mostly conservative).  Just imagine that their career arcs are similar.  Obviously Jabari Parker won't be like 5th year Carmelo Anthony in his rookie season, for instance.

Does this list excite you?  How many players make this season worth it and how many do not?  Or is the hope that the players may be even more than this enough to make the journey worth it?  This is intended to be an exercise in figuring out our expectations for this draft and for the future.  After all, we were promised superstars.