This kind of flew under the radar here at SLC Dunk because I was heavily in the process of moving when it happened, but about two weeks ago Utah Jazz point guard prospect Raul Neto fractured a finger in his right hand. It happened in practice, X-Rays indicated a fracture, and thus, he has been sitting out since then. What do we know?

It's a closed, boney fracture of the index finger, either in the intermediate or distal phalanges. And it is an Avulsion fracture. (That's the one where a small part of the bone breaks off from the parent bone.) 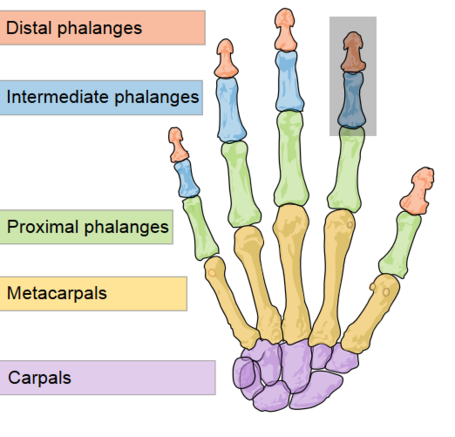 The grey area is the, well, grey area.

There is no need for surgery, and thus, we're avoiding pins . . . other things like this:

In each case the quickest he was to be back on the court was in three weeks from April 26th. And that's the other thing here, Raul off the court actually lowers his chances for a more serious injury. So he's off the court now with an injury to a bone in his index finger on his shooting hand -- there's then no chance for him to be on the court and break a leg or whatever. Silver lining I guess.

It's likely that he will be fully healed in time, but there could be residual pain and as is the case with non-surgical remedies, a chance for future injury. But it was a freak injury where his finger and the ball met at the wrong angle. As a point guard you want your hands to be perfect, and I think he will listen to the docs and do what they tell him.

Okay, enough with the potassium, get up on that calcium, Raul!

Right? Well, what is it with our point guards and shooting hand fractures? That's what happened to Trey Burke only a few months ago; but his situation required surgery. This one does not. (Or at least, that's what I got from the internets.) Raul got hurt two weeks ago, and he's getting better. As of this writing Dr. Alvarez, the Chief Medical officer of GBC, has not returned any calls. So I am just assuming that if there was bad news it would have made news.

Raul last played on April 19th, and he finished with 8 points, 4 assists, 4 rebounds, and made a three in a 14 point loss. Lagun Aro Gipuzkoa BC is 15-16 right now and in 9th place in Spain. (They finished 17th last year!) His team needs him, but thankfully he's out of action and getting healthier. For the season he is averaging 9.4 ppg, 3.3 apg, 2.7 rpg, and 1.1 spg in 27.3 mpg. At the end of this season he will become what is an Unrestricted Free Agent, but whatever that is called in Europe. Thus, he will no longer have an obligation to STAY in Spain, nor will he need a buyout. (Peter, you wanna get up on this? Correct me...?)

Anyway, the Jazz need serious help at point guard. Diante Garrett was a very special surprise (especially how he shot the ball from deep, 37.5 3pt%, but only 1.4 attempts per game) last season, and was clearly superior to John Lucas III. The Jazz may draft a point guard to support or supplant Trey Burke as the starter. And there's always free agency -- Utah is such a big player in that every year. (Nope.)

I think we all fell in love with Neto, and hope he comes to the Jazz next season. He's a pass first point guard who grew up basing his game off of John Stockton. The injury to his shooting hand sucks, but is repairable. I hope he takes extra care this off season to work on his shot. A point guard in the NBA needs to be able to hit that ball rotation three in the half court.

This is something Neto has not yet shown an affinity for.

But we love him anyway.