The Downbeat #1378: The No Inconsequential Decision Edition

Share All sharing options for: The Downbeat #1378: The No Inconsequential Decision Edition

Dennis Lindsey spoke with ESPN 700 yesterday. Make sure to listen to it. It was fabulous. Lindsey opens up about the draft process for the Jazz, the possibility of Raul Neto and Ante Tomic being bought out to come play for the Jazz next season, and building the team.

I'll share a few things that stood out to me but really go listen to the interview because its so good. Its different than past Jazz FO interviews.

1) Market board- anticipating what other teams will do
2) Individual lists- Walt Perrin, Richard Smith, David Fredman, Justin Zanik and Bart Taylor all have lists

3)  3rd board not mentioned in interview

Coach Quin Snyder was also on the interview circuit yesterday:

Snyder also talked to the guys at 1320 KFAN

Deadspin is always full of interesting articles, some are more factual than others . Yesterday they posted an interesting post about the draft. (H/T Moni) ( I normally don't read Deadspin because of articles they have posted in the past that were inaccurate about my other team) So read this with a grain of salt.

It talks about how Utah is the whitest team the last 15 years. How 34% of the team rosters on starting day from 1992-2010 were white and how that is unprecedented. Utah has the secondest whitest fanbase behind Minnesota. (I don't know exactly how you measure that...) There could be many factors that contribute to that such as having longtime talented players such as Stockton, Eaton, Hornacek, Kirilenko and Okur.

One explanation we considered was that the Jazz and Wolves might not be targeting white players per se, but rather seeking cheaper and/or undiscovered Euro-league players—players who happen to be disproportionately white. This would make sense for small-market teams like the Jazz and Timberwolves, since they generally have a tougher time landing big-name free agents. However, the numbers did not bear this out. The Jazz were ninth in the NBA in terms of the percentage of players on their roster who were drafted or signed directly from Europe, at 9 percent. The Timberwolves were 13th in the league at 6 percent. Although both percentages were in the top half of the NBA, they did not go far enough in explaining the abundance of white players on each team.

So Memo wouldn't count as a European because we signed him from Detroit not directly from Turkey? What about Giricek who was also European but played with a few NBA teams before being traded to the Jazz? The directly from Europe qualification doesn't make sense to me.

Moni did a post about the whiteness of the Jazz a few years ago and how that trend is changing. (Pics and graph courtesy of jazzfanatical from this post) 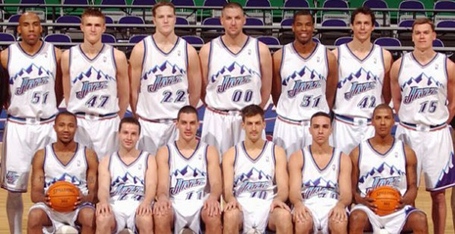 Moni had this caption: We were once very white. Not so much last year. Not at all this year.

Moni's breakdown of the rosters 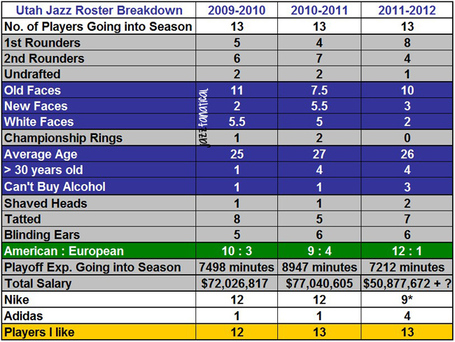 Moni not only shares her knowledge about our players, she also makes us laugh. For example this post entitled 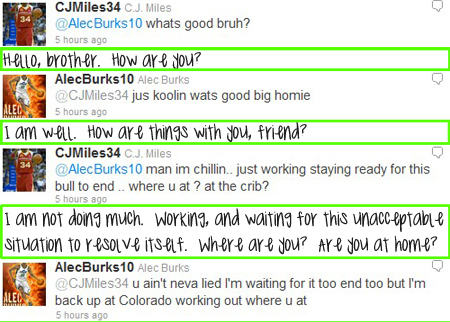 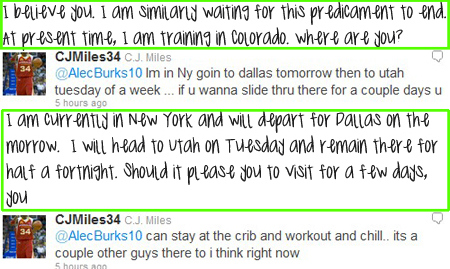 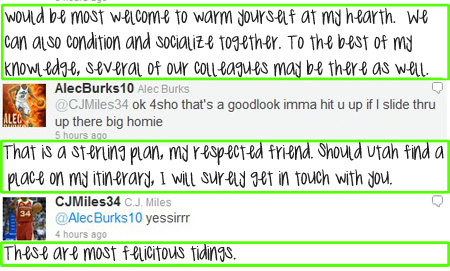 A little tiny bit from his well thought out post

I’ve been involved in games like that, where the Spurs seemed like they were hitting everything. I can remember getting blown out in San Antonio multiple times, and it just feels like everybody on the court is knocking down shots.

The thing that’s most frustrating as a player is when it seems like they’re almost all wide open shots. I can live with somebody hitting shots if I’m contesting their shots and they’re hitting fade away jump shots, or ridiculous floaters, or something else where we play good defense, but they’re just hitting it.

What gets me is when it seems like they’re getting anything they want, and a lot of times that’s how the Spurs execute. They can just pass the ball and cut so well, and they know each other so well, that they seem to always find a good shot every single time down.

I think it also just speaks to guys understanding their roles. In the NBA, everybody is pretty good offensively, or they wouldn’t be there. At some point in time, all these guys were stars somewhere. So if you can get to a point where you can tell each guy to just do a certain thing, and that’s the only they’re focusing on, you get really good at it. You all play together as a team. That’s when everything kind of comes together and you can become scary, scary good.

I love that Dennis Lindsey, Quin Snyder and now Gordon Hayward have all talked about the importance of players understanding their roles.

All these changes are making me so excited for the new season to start already!  I am literally falling in love with our team all over again! I love basketball! BTW this song always used to be in my head all the time during Jazz playoffs.  This song is getting in my head again, it is so nice to have hope again.

Too bad we don't have Fesenko Fridays anymore. Fes is on Instagram with fun pics like this: