Sometimes it's good to let go.

The Utah Jazz aren't messing around anymore. They actually made cuts to their summer league team BEFORE even playing a game first. The team was supposed to be 17 players, but they traded Diante Garrett away. So now down to 16. Before the open practice they let go Mardy Collins (who was in that Ronnie Brewer draft, for those keeping score at home). 15. They just said good bye to Khalif Wyatt, Jerry Evans, and Greg Somogyi. And then there were 12. 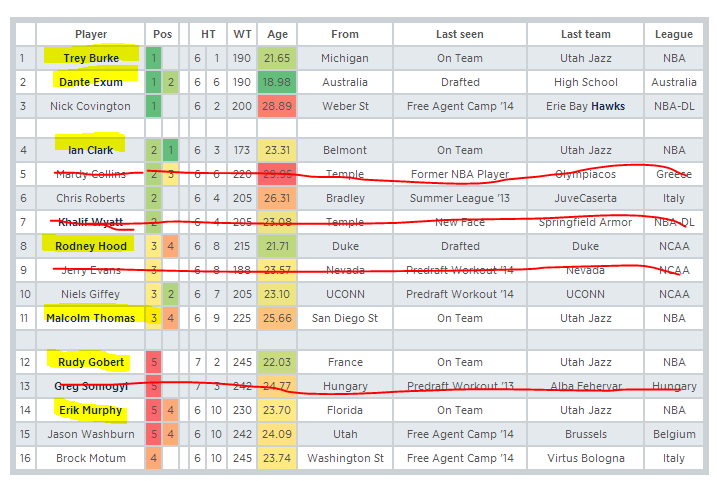 Anyway, this is what it looks like when you make the cuts yourself, like a 3rd grade teacher.

We're excited. We have young legs, and guards. I guess we're going to run and this is a good indication that we're going to see a lot of two PG sets, and that Hood and Gobert are good enough that they deserved more playing time.

The first game the Jazz play is tomorrow, the last game of the night, and on NBA TV vs Philly.