Some teams moved on, some teams are ready to play. Where are the Jazz?

Share All sharing options for: NBA Summer League 2014: Which teams survived round one of the Las Vegas Summer League?

I don't think any of us have actually been excited for summer league before. Yes, we've wanted to see how our players performed. Were they good? Did they improve? Were they worth trading up for? And so on. But now that the Utah Jazz are playing in the Las Vegas Summer league (Pour out some caffeine free root beer on the sidewalk for the Rocky Mountain Review) the games actually do matter still.

Utah secured a #5 seed in the tournament, and a 1st round bye, through their skill and decisive supremacy by:

Overall, the Jazz finished with a +/- of +30, and "won" eight of the 12 quarters they played. Utah averaged 81.3 ppg, while stiffing the other team to only 71.3 ppg. How much of that is our amazing defense? How much of that is the fact that other teams shot poorly? I don't know. But I'll take it.

But before we go too far ahead of ourselves the Jazz face the San Antonio Spurs tonight (this afternoon?). Let's take a look at the Spurs, and all the other teams that made it this far. 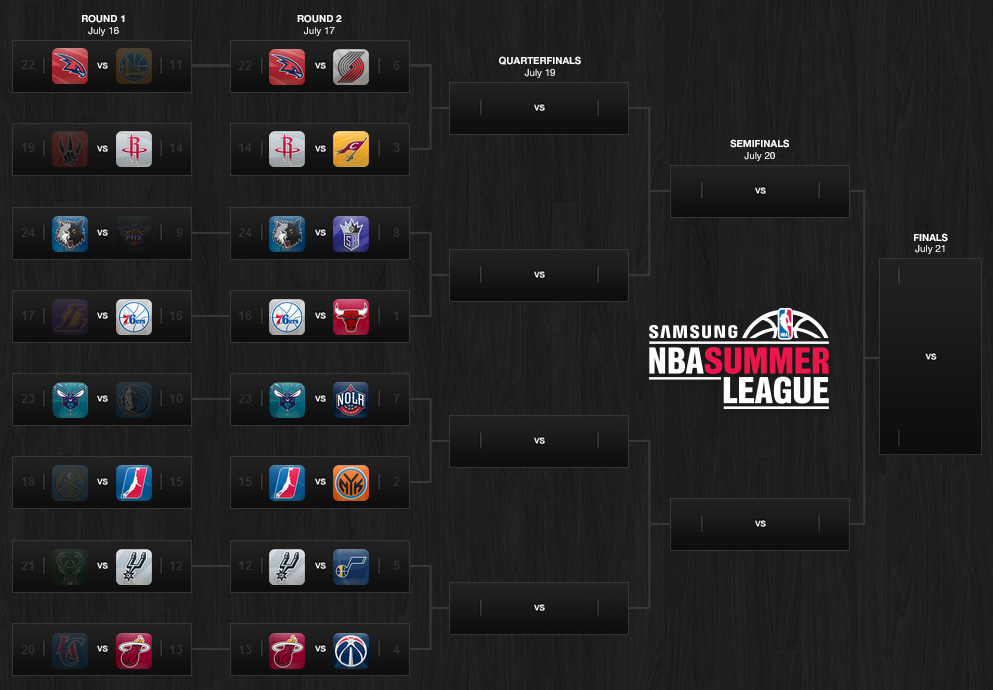 So in the first round there were three upsets in eight games. This is why I wanted that 1st round bye -- it removes the chance of looking bad, and getting hurt by a team you should be handling easily.

Our game is later on today, at 4:00 pm MT (or 4:30 pm MT if you've been following along on twitter). The Spurs are smart and we're talented. We have no shot if Rudy Gobert isn't playing. And really, one thing we've seen here in this tournament is that size trumps medium skilled players. If we're bigger then them, and Rudy and Malcolm Thomas do their work inside, we may be able to move on.