NBA Summer Leauge 2014: Utah Jazz out of the running, but the games must go on

Share All sharing options for: NBA Summer Leauge 2014: Utah Jazz out of the running, but the games must go on

Yesterday the Utah Jazz, leading the entire game, collapsed and lost to the San Antonio Spurs 86-77. Utah was beat in the critical fourth quarter by 10 points. (Round 2 preview -- SASatUTA Preview -- SASatUTA Game Thread -- SASatUTA Quick Recap) I'm kind of down about that.

Wow. Being sad after losses. Welcome back, old friend.

I wasn't the only one who felt this way.

Very frustrating game for us but we will get this this W tomorrow!

I'm with ya, Rudy Gobert. The Jazz were killing the Spurs in the paint by going to Rudy Gobert early, getting him involved, and letting him get the ball around the rim. After halftime he didn't see the ball at all. Compounding that he picked up some dumb fouls at the end of the third and early fourth, and the Spurs took advantage of not having to play against a potential #LVSL MVP on the floor.

Utah wasn't the only team to lose last night though. 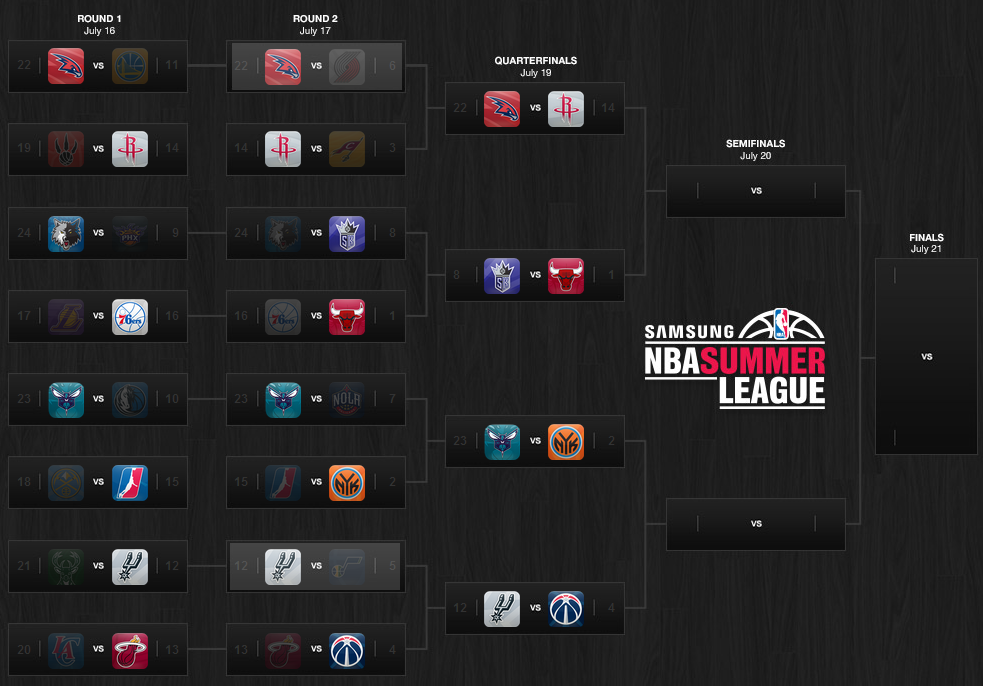 As for us, well, the Utah Jazz will face the Portland Trail Blazers in the losers bracket / consolation round. This will be the Jazz' last game, and it starts today at and updated time of 5:30 PM PT. (So, 6:30 PM MT) It is likely the the Jazz will be without the services of Dante Exum and Brock Motum. So, yeah. Enjoy that, Jazz fans!