Okay fellow peeps, YESTERDAY I wrote about Utah Jazz guard Dante Exum, and detailed what he's been up to this summer in the run up to the FIBA World Cup 2014. Of course, I didn't even watch two of the games he was in, and didn't even mention one of the games he played in. Dante Exum is going to be an important part of our franchise over the next eternity, but right now there isn't a lot of data about him that's available. The last thing I want to do is present the wrong, incorrect, or incomplete data. And that's precisely what I did yesterday. 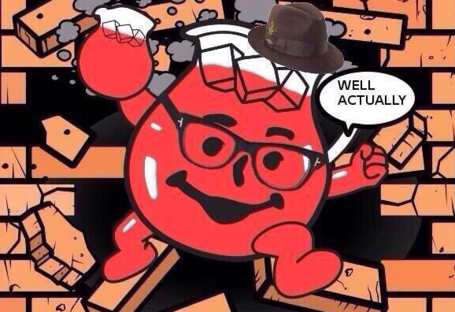 So this is me "Well Actually..."-ing myself, because I presented the wrong information as fact. So if you enjoy this post, say thank you to Chuck Lee. And please, anyone else, get at me if you see things that need to be changed / fixed. This is OUR site, not mine. Yesterday was a combination of transcription error and google fatigue. If anything, I need to let the blog posts come to me, instead if jacking it so much.

In a way, I need to play like Dante Exum.

And yesterday I said that he's having a great summer. After reviewing more of the raw footage and pouring over the stats I need to amend that statement and say that he's a potentially great player, playing in the summer.

Dante played in five games between July 12th and July 18th. It was against other rookie draft picks, and training camp hopefuls. He wasn't always matched up against another NBA quality player, but all of these guys are professionals. Against the Philadelphia 76ers, Milwaukee Bucks, Denver Nuggets, San Antonio Spurs, and Portland Trail Blazers we all saw glimpses of what he can do. For the LVSL tournament he averaged 26.68 mpg, and played in every game.

In that time he averaged 7.40 ppg, 2.60 rpg, 2.80 apg, 1.40 spg, and 0.20 bpg. If you add it up that's averaging 14.40 BARPS per game. His BARPS / min rate was 0.54, which means he was doing something good out there, but not nearly at that 1 good thing (in the boxscore) to 1 minute of play. BARPS doesn't tell much more of the story than that, but it does indicate that he had some good games and some bad games. In particular I think we agree he had a bigger impact in the first, third, and last game of Vegas. Against Philly he wowed people. Against Denver he was solid and contributed all over the court. And against Portland he finally got a chance to start at point guard and he was the reason we won that game.

He did not shoot very well there, 30.77 fg%, 16.67 3pt%, and 64.29 ft% don't take you very far in life. Of course, we recognize that this is because of a smaller sample size, only 5 games, and in reality, he took 39 total FGA. For the entire Jazz summer league he shot the ball once every 3.42 minutes on the court. As a result, no one can ever call him someone who jacks up shots. He's not Russell Westbrook or Derrick Rose just yet.

For the most part, though, it was his play that mattered more; and not his performance. And he played very well. He deviates from the archetype of the taller, athletic, guy who gets to the rim as a point guard concept. The number one thing I was most impressed with during this first blush period of the Dante/Utah marriage was his basketball IQ. Everyone has a different way of explaining what BBALL IQ is. To me it's someone who understands the ebb and flow of the game. Either it's instinct, or somewhat learned (his day was a pro baller, he grew up watching the game), but whatever it is, he has it.

He showed me as much when he got the game winning steal against the Blazers in the last Vegas game. I don't remember the last time we got an impact play -- out of smarts -- from one of our point guards playing defense.

The Men's Basketball team in Australia, the Boomers, are playing nine tune up games against other National teams before the FIBA World Cup starts. They are spread out in a few groups. The first was a four game set against Finland, Ukraine, Lithuania, and then Finland again. The second group of games are a three game set near Nice, France where Exum and crew will play against the Ukraine, Philippines, and then France. The first game there (vs. UKR) already happened. The last set of games is in Strasbourg, France, against Finland (again), and France (again).

Five of those nine games have happened and we're seeing MORE of Dante. And seeing him in a decidedly non-Jazz way. What does that mean? Well, ideally, this means seeing how he performs in another system. It's free of the legacy of great point guards, and because of proximity, probably in a way that is more natural to how he grew up playing. (You'd think his own country would know how to use him best, right?)

The first game was against Finland on August 8th. This is the game where he got a steal and slipped and appeared to hurt himself on a breakaway layup. I couldn't find a boxscore so I had to watch the game again a second time and track everything he did in it. In his 20.98 mins on the court he finished with 2 points, 1 rebound, 6 assists, and 2 steals. (Please note that in my boxscore-ing of his performance I adjudicated it how NBA scorekeepers do. So maybe in FIBA rules one of those assists wouldn't be counted as such.) He went 1/5 from the field including going 0/2 from downtown. He rarely shot, and was used in a very funny way.

His name game was his explosive game against the Ukraine, where he would finish with 14 points, 3 rebounds, 3 assists, and a three pointer. Counting Vegas this is the second time he was overly-efficient in scoring in, and if he can replicate that at the 2 times in 7 games ratio in the NBA I will be okay with that.

Against Lithuania, the bad boys of Australia's FIBA draw, he did not play so well. He played 23.23 mins (N.B. That's not 23:23, it's 23:14), the most in any of the games so far in Green and Yellow, and ended up with 5 points (2/9 shooting), 1 rebound, and 4 assists. The better teams are obviously going to give him trouble. He was too much of a jump shooter here, but I have to admit that I am pretty encouraged by his ability to defend guards in man defense. His team defense is still a mystery.

The next two games, Finland again, and Ukraine again, brought him down to earth a little bit more.

Here's his stuff from today, thanks to @DJerome14 on twitter!

The first is that he is taking care of the ball much better. In Vegas (5 games) he had 14 assists and 15 turn overs. That's a 1:1 ratio. So far against National clubs (also 5 games) he has 18 assist and only 5 turn overs. And those 5 turn overs all game in the last two games (his less amazing ones). His assist to turn over ratio is 3.60 to 1.00. That's EXACTLY what we want to see.

While his overall average of BARPS per game is down from 14.40 to 13.00, that's mainly because he's playing 6 fewer minutes on the court. His per minute value of 0.65 is approaching (as an average) what his best games in Vegas were.

There are four games left to play still in these friendlies, and I wouldn't be surprised to see his head coach sit him out as we get closer to the World Cup.

This hasn't started yet (duh, Aug 30th is the first game Australia players), but he will be facing off in the group stage against Slovenia, South Korea, Lithuania, Mexico, and Angola. The top four teams advance, and if they win enough, they advance.

If the top four teams advance that means, well, you gotta win at least 2 games, right? Minimum? I think we'll see more than just five games of Dante in Spain this year.

What are we seeing:

The major take-away for me is that Dante is playing off-the-ball when he's out there on the court at least part of the time. This is how Australia is doing it, and with the Utah Jazz he is going to be expected to do the same when the ball is in the hands of one of the following guys (Trey Burke, Alec Burks, Gordon Hayward). In a way, this makes the transition easier for us (the viewers) and him (the player). What we see him do will help us understand if this ball sharing is going to work for him. And what he does within it will only help increase his versatility at the NBA level. It can work. We saw the Spurs (with Tony Parker and Manu Ginobili) and Thunder (with Russell Westbrook and James Harden) go to the finals with two guys sharing the ball.

That's not what Dante will average over the course of his first NBA season. And that's not his average now. But that is a good rate of production for a guy who isn't even old enough to buy alcohol in Quebec, Canada. (Okay, not true, but at times he does look like he's 16 yrs old still)

But by the numbers he is having a solid summer so far.

Off the numbers the understated thing that we aren't harping on is just how smart he is on defense. Right now we can't stop talking about his passing . . . but if we look beyond that it's his defense that is going to really help him stay on the floor for Quin Snyder this season.

So thanks to Chuck Lee. I was not trying to spread misinformation on purpose. Taking another look at ALL of the data helped me recognize just what Dante is and is not right now. But what he is, for reals, is the super rare case of a great athlete who is a combo guard, who is pass first. When did we ever have a pass first athlete before? Was it Penny Hardaway? Do you remember what that guy was like in his prime?

Obviously the 6'7 Penny was more of a finisher, but the passing ability is what we're seeing right now from Dante.

Man. I am so happy we have at least 9 more games of him to watch before training camp starts.