NBA Rookie Rodney Hood will be more than just the Prince of Threes, can also fly!

Share All sharing options for: NBA Rookie Rodney Hood will be more than just the Prince of Threes, can also fly!

To be frank, Utah Jazz general manager Dennis Lindsey went all Oceans 11 AND 12 on draft night with two flat out heists. The first was to pick Dante Exum after the Orlando Magic bumbled into taking the next Richard Dumas with the #4 pick. The second was when they picked potential lotto pick Rodney Hood at #23. Dante is "down under" right now working out with his squad for the FIBA World Cup 2014, and signing autographs. So he wasn't available to be there for the NBA Rookie shoot. Rodney Hood was. And Getty Images have some really cool photos of the event.

So here are two! 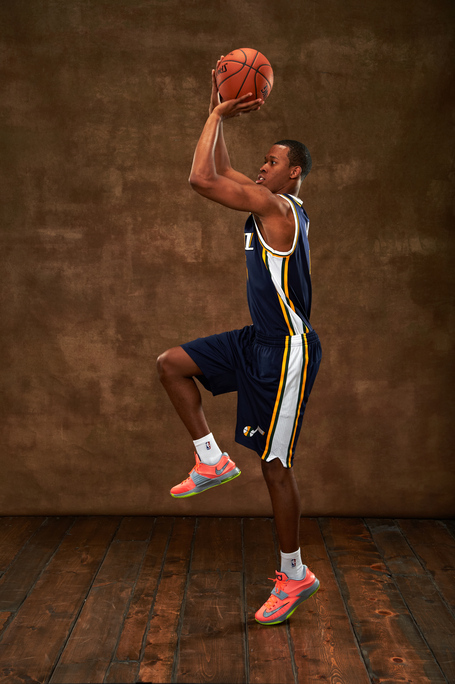 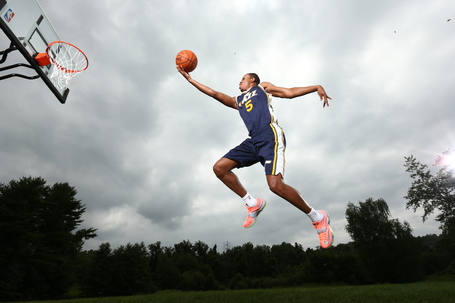 Don't sleep on his athleticism either!

I can't wait for the season to start! Thanks to SB Nation and Getty for the images, and thanks to Jennifer Pottheiser (shooting pic) and Nathaniel S. Butler (layup pic) for the great photography work! (Both images by Getty Images, duh!)